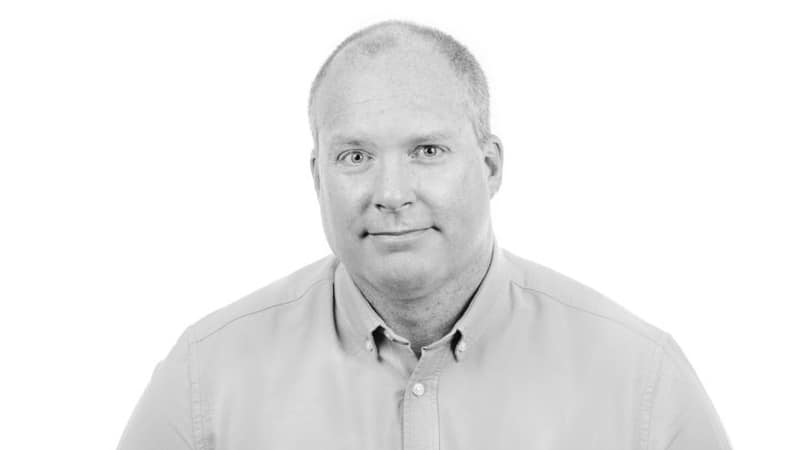 Operating in the Whistler and Sea to Sky Corridor for over 35 years, WRM Strata Management & Real Estate Services provides proactive strata management services to a range of strata properties including residential and commercial buildings.

Director Beau Craig arrived in Whistler in 1996, and instantly fell in love with the area, drawn in by the mountains and culture that existed in this quaint but international resort community. He began working with WRM in 2003, building on prior property management experience. In 2016 he purchased the company and has been instrumental in growing the business as a leader within the industry, managing over $3.5bn of real estate and over 200 strata corporations. Mr Craig spoke to us recently about the development of the business, the benefits of being a key part of the Whistler community, and the further growth of its niche resort-style strata management planned for the future.

“The company was established in 1986,” Mr Craig explains. “It started because of the building boom that happened in this area at that time. In the early 90s, a lot of accommodations were being built, hotels, restaurants and things of that nature, which needed management companies. So that’s where the company was born – out of necessity.”

“We have grown significantly and pretty steadily over the years. We currently manage just over 200 different strata corporations, which also represent just over 17,000 units, and we do certainly have the biggest market share in the area.”

The company manages a variety of different types of units, including residential, commercial, and mixed-use strata corporations. WRM operates primarily in Whistler, Squamish and Pemberton, while also having a couple of properties in Vancouver and Vancouver Island.

Mr Craig came to Whistler in the mid-1990s, and was working for a nightly rental management company when a colleague suggested that WRM – a growing strata company that was looking for people – was worth considering.

“After I spoke with [the owners] and heard what their plans were for the business,” he says, “I immediately gave my notice and jumped on board, and I was working here a couple of weeks later.”

With the difficult year and a half of the pandemic starting to stabilize, now that borders are opening up and business is returning to usual, WRM’s position as a locally-owned and operated company will create plenty of advantages.

“We do have a few competitors in the area, but they’re not part of the community. They have offices based in Vancouver or somewhere else, and they have a satellite office setup here. A lot of our clients see our local knowledge and presence as a huge advantage, because we have all of our staff live and work here. We’re a big part of the community.”

Another big advantage comes in the company’s relationship with local tradespeople, as it is able to use its size to offer a lot of business to trades, leveraging them to get the best deals for clients, which smaller companies are not able to do.

“We also have a Home Care Division. Because we’re in Whistler, where people don’t occupy their units all the time, we have a division that can go into people’s properties to make sure that the heat is on, make sure there are no leaks in their units while they’re not here. Owner’s really like the idea that we can go into the unit and make sure it’s ok. This also satisfies their insurance companies requirements to cover any losses that originate when the property is unoccupied for extended periods of time”.

Because of the region’s proximity to the United States, and Seattle in particular, there are a lot of Americans who come to Whistler, purchasing second properties they can easily drive to on weekends and for vacations.

“Those properties haven’t been able to be used for the past year and a half, during the pandemic, so the news that the borders are going to be open on August 9th is great news for our clients that are from the States that can finally come up here for non-essential travel.”

The day-to-day issues that the company generally deals with are similar to those that would be found in nightly rental properties, such as noise complaints, problems with leaks and floods, as well as structural issues that develop over time.

“Because we live in the mountains, the properties themselves take a bit of a beating. They get much more abuse than they would typically get in the lower mainland or in a different climate. We get freeze/thaw cycles, we get lots of snow, all the way down to -30C in the winter time, and then +40C in the summer time. The drastic change in temperature requires us to have a lot of eyes on the building to make sure things are working as they should.”

One of the biggest issues in the strata industry in BC over the last few years has been to do with insurance, with higher premiums popping up as a result of the insurance industry being hit with an increasing number of natural disasters.

“What we’re able to do, based on our buying power, is negotiate with brokers and insurance underwriters to get the best deal for our clients. If we go to those underwriters with a very large chunk of our portfolio, they give our clients a much better deal.”

It has continued to be a challenge for WRM, because of the heavy losses people have continued to suffer, but this strategy has allowed the company to successfully get the best insurance deals for its strata properties.

Staffing in the area is always difficult, but Mr Craig admits they don’t see a great deal of turnover on staff levels, with changes to the way people work and the lure of Whistler ensuring people tend to stay around, and the company offering a good work package to incentivize them to do so.

“We have a good group of year-round locals here. We do see more people now coming from Vancouver and trying to move to Whistler. The pandemic really has shown people can work from home, and we have some of our staff that are working from home as well. It’s a nice place to live, a nice option for people to come up here.”

The future goals for the business revolve around growth. The company has been very successful in the Whistler market in regards to a resort-style strata management service, a model which Mr Craig can see gaining popularity elsewhere.

“There are a lot of other areas within BC that would benefit from the same type of service. The Okanagan in British Columbia is very similar to Whistler, in that people go there for vacations and they have second properties there that aren’t occupied all the time. Same thing on Vancouver Island – Tofino, Ucluelet, Sunshine Coast. There are a lot of areas where we would like to expand in the next few years. I see it as a very big advantage for us moving forward.”

Another success for the company has been in project coordination/management. Managing some large projects in the area that have needed work such as full roof replacements, deck repairs, window replacements and full envelope repairs has been more and more common as buildings age.

“With the introduction of depreciation reports in British Columbia, it’s really helped us guide our strata councils in how they should be funding these projects, and then getting them through them, which is really taking a lot of the workload off the strata councils and putting it onto the management companies. It’s a big part of why we’re succeeding right now.”

With a strong local business in Whistler, and plans to grow its resort-style strata management service into other areas, WRM is a company looking forward to the next stage of its journey. Find out more about WRM Strata Management & Real Estate Services by www.wrm.ca.