Through its long history of sustained growth, Weston Forest, a Mississauga-based wholesale distributor and remanufacturer of lumber and plywood products, has combined financial success with a reputation for being one of Canada’s best managed companies.

Founded in 1953, Weston Forest is a people-focused company specializing in niche market segments throughout North America. President Steve Rhone has been a key component of Weston’s growth over the past 30 years, having held management roles in every part of the company. Mr Rhone spoke to The Canadian Business Quarterly about the company’s sustainable business model, its robust B2B approach, and the secret to maintaining annual double-digit growth for over a decade.

Weston Forest currently employs around 200 staff across three locations, two in Ontario – one of which is the Mississauga Head Office – and one in Michigan. It also utilizes a number of third-party facilities across the continent based on customer requirements.

Weston was founded in 1953 as a family-owned company. Since then, the family has stepped away from the day-to-day running of the business, holding a minority shareholder position, with the current management team taking over majority ownership five years ago.

“We’ve had the good fortune of being recognised with a number of awards over the years,” Mr Rhone explains, “and we’ve been recognised as one of Canada’s Best Managed Companies for four consecutive years – we’ve achieved gold standard in that program.”

In addition, the company has been recognised for two consecutive years by Canadian Business Excellence, as well as being on the Growth 500 ranking for each of the last four years as one of Canada’s Fastest-Growing Companies.

“We’re very proud to have been recognized by Waterstone as one of Canada’s 10 Most Admired Corporate Cultures. It’s really a business all about our people, and we have a fantastic team serving north of 1500 customers throughout North America.”

Canada’s lumber industry is one of the country’s core businesses, having been around for centuries. Wood is an integral part of building and manufacturing throughout the world, and the industry creates business for companies both small and big across the nation.

“In certain segments it’s very competitive,” Mr Rhone says, “our main focus continues to be developing niche areas, not spending a lot of time focused on the commodity areas of the industry. Overall, in North America, we think that there’s a market in the B2B section.”

This niche has become a key focus for the company. B2B collects in excess of $100bn of annual sales, meaning Weston is only a small part of a substantial business. There is competition everywhere, but the size of the market means opportunity is never far away. 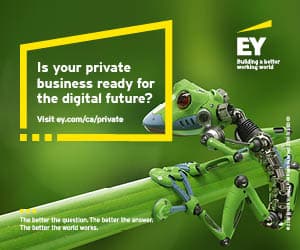 “We focus on nine different niche market segments, but our customer would be an industry or a manufacturer that uses wood as part of their manufacturing process, or they would use wood products to package or ship their finished goods to market.”

In addition to its focus on niche segments, Weston also works within several traditional areas of the lumber industry, including the truss industry, infrastructure contractors and the concrete forming industry, where wood is used to help form skyscrapers, roads and bridges.

In such a large industry with so many different focuses, Weston recognizes that the best way to differentiate from competitors is to be the kind of company people want to work with, treating customers in a way that makes them want to return.

“Everybody has access to more or less the same basket of wood. The large mills sell to large distributors like us, who sell to smaller distributors or directly to the users of the material. The difference for us is the people that we have, the way we treat our customers.”

By prioritizing positive treatment of staff, the company’s trustworthiness shows through and impacts on customers and suppliers, creating a sustainable business model based on a give and take partnership, rather than being dependent on price.

In the current political climate, with the threat of tariffs on certain industries, and the strained relationship between Canadian and US leaders, many businesses are finding the need to adapt their practices and expectations.

“The trade issue has always affected the wood industry,” Mr Rhone explains. “What’s interesting is, the dispute [around] Canada shipping softwood lumber to the US has actually been going on for over 150 years. It’s not a new issue.”

As a result of this ongoing issue, the industry has come to expect the dispute to move in cycles, covering periods of reconciliation and settlement. Mr Rhone admits that the industry is currently in the dispute stage of the cycle, and must continue to work through it.

“We had really predicted that there would be a dispute. Regardless of whether Trump or Clinton had won, it would have happened. The process had already started, and it will get resolved in one way or another, and then the process will start all over again.”

Mr Rhone’s Weston career began with a junior role in Operations. Since then he has worked as Mill Manager, Night Shift Supervisor, Hardwood Product Manager, US Sales Manager, Vice President of Finance and Operations, and now serves as President.

“Most people that end up in the wood business end up there one of two ways,” he explains. “They either get into it by accident or they’re born into it. I wasn’t born into the family, and did get into this business by accident.”

Mr Rhone’s start came at age seventeen, when he was living with a good friend from High School who was working for Weston. In order to cut down on commuting costs, they decided to work there together, and Mr Rhone found himself with a job.

“They were just looking for warm, able bodies that were willing to show up every day and work hard. I said I was willing to do that, and I came here and started piling lumber behind one of the production saws that we have here.”

Over the next thirty-one years, Mr Rhone was presented with numerous opportunities to move up the company ladder, and found himself saying yes to them all. With a willingness to try anything he was offered, he started to build a career with Weston.

“We’ve been a fast-growing company for decades, and so I was fortunate to join an organization that was looking to grow, and create opportunities internally, and promote internally, which is still a key tenant of how we operate today.”

Despite major changes in the industry over the decades, Mr Rhone admits that the business remains relatively simple in its essence, and is often considered a little archaic in terms of adopting new ideas and methods.

“I think the industry in general has not changed as much as some have been affected by the increase in use of technology, the increase of automation, business intelligence, things of that nature.”

Weston Forest is attempting to buck that trend. As one of the main companies pushing the industry towards modernization, its focus is on bringing young people into the business and adopting new technologies to help increase efficiency.

“As the generations turn over, and our workforce gets younger, they’re going to want us to do business a different way,” Mr Rhone explains, “and we’re trying to be at the forefront of being ready for that.”

Attracting a younger workforce is certainly a challenge for companies like Weston, which must work hard to interest those coming out of school who might be looking at anything but a career in lumber.

“Once we get people in the door here, and they get exposed to our culture, people fall in love with this place, and they tend not to leave. Once people get here, they have long-term careers here.”

Mr Rhone has learned many business lessons over the years, but his main takeaway is the knowledge that people are the cornerstone of any business, and they must be treated well in order to get positive results.

“It doesn’t matter what you’re selling,” he says, “I think putting your people first means they’ll put your customers first, they’ll feel engaged with your organization, they’ll be invested and engaged and take it to a different level, which shows in your results.”

The future certainly looks bright for Weston Forest. The company has been growing steadily for almost sixty-five years, and Mr Rhone sees no reason why it can’t continue to grow for another sixty-five.

“We’ve been a double-digit growth company for over a decade straight, every single year, and there’s no reason to see that slow down. It’s about having clear stated goals, and a strategy around how to execute them that permeates the organization.”

With year-on-year double-digit growth of around 15-20% every year for the last ten years, and around $200m in annual sales, Weston has managed to instill a culture of growth into its business. Much of this has been achieved by helping staff buy in to the idea.

“Everybody on our team understands that we’re about growing for everyone’s benefit. When that’s part of the DNA of the organization, everything is measured against whether we’re moving forward and meeting our ultimate goal.”

Find out more about Weston Forest by visiting www.westonforest.com.