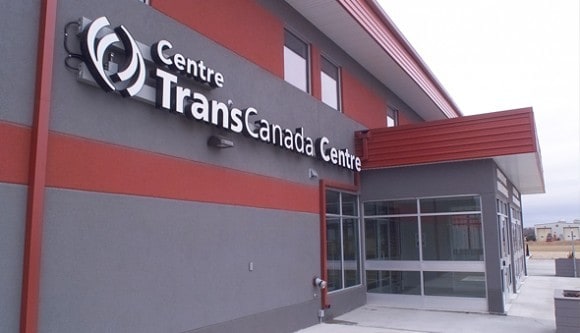 “Between now and 2021, TransCanada is investing approximately $2 billion in new pipeline infrastructure to connect Western Canadian natural gas production to key markets within the basin and across North America,” said Karl Johannson, TransCanada’s executive vice-president and president, Canada and Mexico natural gas pipelines and energy. “This expansion adds to the current $5.1 billion near-term capital program for the NGTL System, further enhancing our ability to meet the needs of our customers for safe, reliable and competitive gas transmission infrastructure.”

This expansion program results from growing producer demand to connect low-cost Montney, Duvernay and Deep Basin production to the NGTL System and move it to premium intra-basin and export markets. Numerous shippers have recently signed over 2.6 Bcf/d in total new firm supply contracts at multiple existing and proposed new receipt locations across the System.

“The NGTL System remains a key component of TransCanada’s high-quality portfolio of energy infrastructure assets that continue to produce solid results across various market conditions,” said Johannson. “Our strategy is to maintain and optimize NGTL’s competitive position and to focus on growing our established network to connect growing volumes of Western Canadian Sedimentary Basin natural gas to key market areas.”

The expansion program will be comprised of numerous projects that will in aggregate, include 273 kilometres (171 miles) of NPS 16 to NPS 48 pipeline, 150 MW of compression at five compressor stations, new meter stations and other associated facilities. Applications for the various projects will be filed with the National Energy Board starting in the fourth quarter of 2017. Subject to regulatory approvals, construction is expected to start in early 2019, with initial projects expected to be in service in Q4 2019 and final projects in service by Q2 2021.

As part of its commitment to consulting early and often, TransCanada will engage landowners, communities and Indigenous groups near the project areas in Alberta and British Columbia. TransCanada will focus on partnering with local contractors and businesses, providing opportunities for community and Indigenous participation through community investment, scholarships and programs such as the Aboriginal Construction Participation Program.

“As part of our engagement process, specific projects will be announced and details communicated to stakeholders as each project moves forward,” added Johannson.

With more than 65 years’ experience, TransCanada is a leader in the responsible development and reliable operation of North American energy infrastructure including natural gas and liquids pipelines, power generation and gas storage facilities. TransCanada operates a network of natural gas pipelines that extends more than 91,500 kilometres (56,900 miles), tapping into virtually all major gas supply basins in North America. TransCanada is the continent’s leading provider of gas storage and related services with 653 billion cubic feet of storage capacity. A large independent power producer, TransCanada currently owns or has interests in approximately 6,200 megawatts of power generation in Canada and the United States. TransCanada is also the developer and operator of one of North America’s leading liquids pipeline systems that extends over 4,300 kilometres (2,700 miles), connecting growing continental oil supplies to key markets and refineries. TransCanada’s common shares trade on the Toronto and New York stock exchanges under the symbol TRP. Visit TransCanada.com to learn more, or connect with us on social media and 3BL Media.

This publication contains certain information that is forward-looking and is subject to important risks and uncertainties (such statements are usually accompanied by words such as “anticipate”, “expect”, “believe”, “may”, “will”, “should”, “estimate”, “intend” or other similar words). Forward-looking statements in this document are intended to provide TransCanada security holders and potential investors with information regarding TransCanada and its subsidiaries, including management’s assessment of TransCanada’s and its subsidiaries’ future plans and financial outlook. All forward-looking statements reflect TransCanada’s beliefs and assumptions based on information available at the time the statements were made and as such are not guarantees of future performance. Readers are cautioned not to place undue reliance on this forward-looking information, which is given as of the date it is expressed in this news release, and not to use future-oriented information or financial outlooks for anything other than their intended purpose. TransCanada undertakes no obligation to update or revise any forward-looking information except as required by law. For additional information on the assumptions made, and the risks and uncertainties which could cause actual results to differ from the anticipated results, refer to the Quarterly Report to Shareholders dated May 4, 2017 and 2016 Annual Report filed under TransCanada’s profile on SEDAR at www.sedar.com and with the U.S. Securities and Exchange Commission at www.sec.gov.