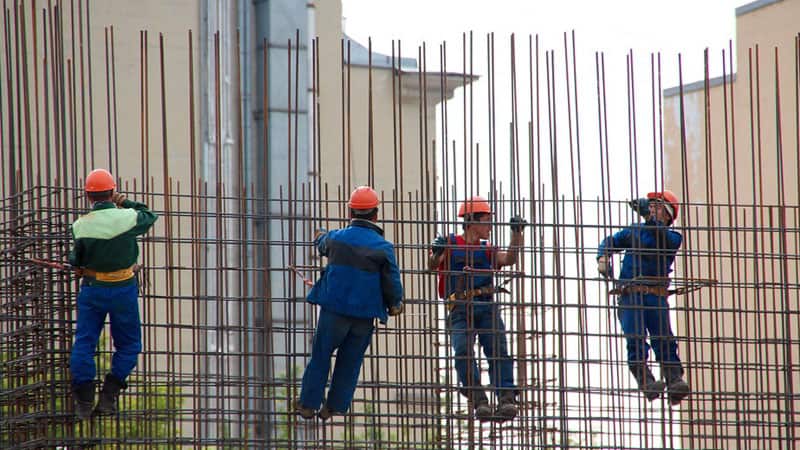 The Building Union of Canada (BUC) was founded by former Toronto Police Association President Craig Bromell in March of 2012.

Supported by his younger brother, Stephen Bromell, who is Vice-President of The BUC, there was an immediate and parallel meeting of the minds about how to protect wage earners, labourers, and basically every craft of trade, as The Building Union of Canada is a wall-to-wall union.

The certification for The BUC was endowed in historically record time, back in November of 2012, as perhaps even the Ontario labour board had sensed it was time for a proper alternative. The only difference between the elder Bromell, with his law and order past, and the younger sibling Stephen, who had dedicated twelve years with CLAC (The Christian Labour Association of Canada), was that one brother once represented men and women with guns, and the younger one represented everyone else in Ontario – just as vital.

The Building Union of Canada has organically become a true and proven presence in the industry here in Ontario. As a boutique union, without the bragging rights of 30, 40, or 70,000 thousand members in their political arsenal, they have managed to carve out a respectable and honourable place in the Canadian landscape. Multi-award-winning giants like the Daniels Corp, Urbacon, ICCI/ Eiffage have rolled over very progressive and pragmatic collective agreements over the last half-decade.

Most of these successes are tribute to the communication and deliberate diplomacy and common sense that The BUC has orchestrated. This formula can be shrunk to the most simplistic vision, especially during this time of worry and fear that Canadian business will not make it through.

But it has for nine years for The BUC, all due to a realistic and truly reciprocal attitude to both owners and operators, and the men and women that fulfil the work to absolute professionalism. The symbiotic relationship of owner and worker has never been clearer since March of 2020 in North America. The leadership of The Building Union of Canada never had to divert, or make a shift in their mission statement. Perhaps this is why we grew by 10% during each month since April 2020.

The message I’d like to share with The Canadian Business Quarterly (The CBQ) is that since our inception in March 2012, we have never had to shift priorities or re-tool. Union membership in North America was over 60% in the 1960’s, and somehow that trust eroded, through the social upheavals of that era, followed by economic downturns in every facet of business in the 1970’s. This eroded a lot of the goodwill that unions had enjoyed in the post-war world. In the construction industry for example, most research points to the fact that 60% of construction workers are non-union. This has been the greatest challenge for union organizers.

The pandemic and the lockdowns since April 2020 only fortified our commitment to reach out to the unrepresented masses of workers currently not equipped with benefits, safety training, or defined pension plans. And of course, most importantly, looking out for them during the Covid-19 era, to make sure they are working in the safest possible conditions.

At The BUC we quickly mobilized to adhere to the rules of the Ontario government, and until we are past this universal test the pandemic has put in front of us, we still consider that our members are more vital than any deadline that was promised to any stakeholders, whether governmental or corporate.

As we move to our ninth year of being a proudly Canadian union looking out for our members, it is too late to fall back on our promises. Yes, members and even the owners of our companies have taken a hit, but we have stayed the course of rebuilding the confidence in union membership. This is why we have survived and have sustained ourselves in this very combative arena of union battles, almost a decade later.

The Building Union of Canada has never had a grand scheme of taking over a very robust and still growing industry in Canada. But we have prided ourselves with improving the personal and professional lives of any man or woman working in the trades heroically driving to build Canada even better.

Starting out in 2021, our dedicated organizers have been strengthening our relationships within the industry and continuing to advocate for our members. In February we arrived at a very respectable agreement with ICCI Eiffage, where we secured a 2.5 % increase per year on the wages of our existing contract, and increases in everything from bereavement leave and a $250 boot allowance, to increases in training and industry funds.

Our hope at The Building Union of Canada is that trades people of all disciplines, and labourers all over Ontario check out our website and see for themselves that joining a union is a step forward in their lives and careers. And perhaps our greater wish is that all of our best minds and government agencies can keep pulling through together, so we can return to the thriving and world-class level of production that Canadians have been known for everywhere across the globe.

Dannis Koromilas is Director of Communications for The Building Union of Canada, www.thebuc.ca.