Thales: Pushing technology into the future 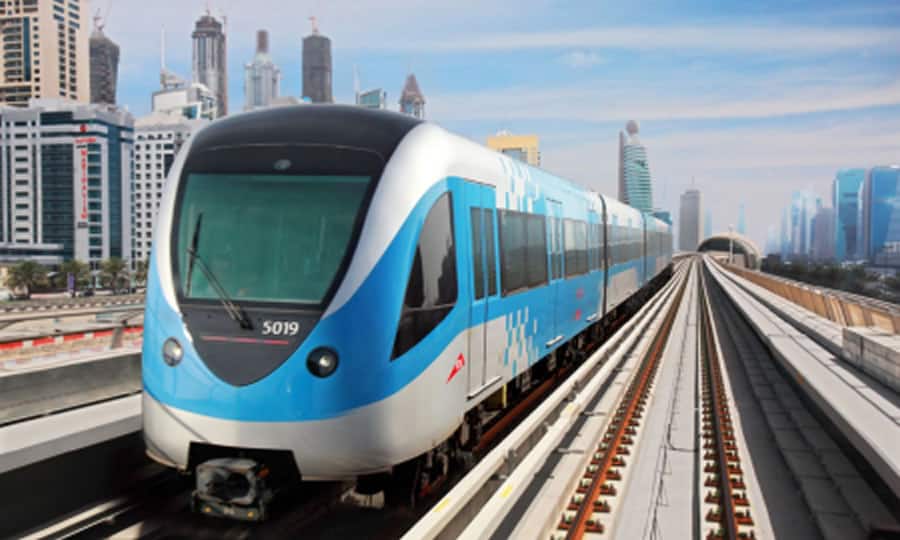 Thales has continued to grow as an industry leader over the past few years, especially in the realm of transportation and cybersecurity technologies. Always among the first to innovate, Thales has built a reputation for pushing technology into the future. Their activities in Canada are of particular interest recently, and are likely to influence the transportation sector significantly.

Thales Group is a multinational company that was originally founded in France and is partly owned by the French government. The company has expanded into many countries and major cities around the world, from New York in the West all the way to Singapore in the East, and many other locations in between. Their work in the rail signaling sector is of particular note, and their systems are implemented the world over. 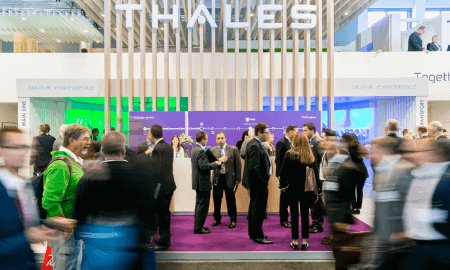 In Canada, one of Thales’ most important recent projects is the implementation of a new rail signaling system for some major metropolitan areas in Ontario. The local government plans to inject up to $12 million into the development. Mark Halinaty, CEO of Thales Canada sees the new signaling system as an “evolution” that builds upon their past success.

With the support of the government, Thales hopes to innovate in some major aspects of train control, creating a larger client-base that they can service. As far as company goals, they are seeking to always work more efficiently and reduce costs, but the core of their plan is innovation and constant improvement for their customers. Experimenting in the train control realm will help Thales to improve the overall client experience, both for those running the trains and the passengers who will use them.

One of the keys to this approach is data collection. “We can use data coming from our train control to enhance the passenger experience, be it in passenger information, planning and interfaces, to automated ticketing,” says Halinaty. While Ontario will provide critical funds towards this project, Thales is making a significant investment itself.

Being a physically large and expansive country, Canada has invested heavily in its transportation infrastructure. However, Thales is concentrating its efforts mostly in the Toronto area, where the local government—specifically, the Toronto Transit Commission—has already spent major resources developing their transit system. Though this is Thales’ current focus, the rest of Canada’s transit systems are certainly not out of the realm of possibility in the future, especially in major areas like Montreal. Partnerships between Thales and local transit systems in Canada are nothing new, as they have serviced British Columbia’s SkyTrain in the past.

For now, Thales is putting most of its resources into the bigger metropolitan areas simply because this is where the highest concentration of potential end-users exists. To serve the largest population, cities like Montreal, Vancouver, and Toronto are of particular interest. In the near future, though, other less populous areas that show potential for growth, such as Calgary, may receive some attention.

The end-game is much more expansive than simply serving Canada, however. Canada may become the ground floor for many of Thales’ innovations in transit, but many of these changes can be easily transferred to other transit systems around the world. Indeed, what occurs in Thales Canada may end up influencing rails in Europe and other parts of the globe. Thales’ hope is to also use its experience in Canada to expand beyond traditional train control systems.

Customer demand has driven improvement and innovation in this field for years, and Thales has taken that demand seriously. “[The customers] are the ones looking for enhancements to the technologies we provide,” Siegfried Usal, Thales Canada’s Vice President of Strategy and Communications, says. As technology improves the bar gets higher and higher, and customers expect more cost-effective systems. For instance, Thales makes heavy use of their analytics systems to examine the efficiency of their systems, which allows them to find strategies to lower energy costs as well as reduce the carbon footprint. This close monitoring allows them to take a proactive stance when it comes to maintenance and anticipating problems before they occur.

Thales has also taken an efficient approach with its innovations by creating enhancements that are compatible with existing systems. This allows for a more seamless evolution, lowers costs for the customer, and allows those who already have a system in place to benefit from the latest upgrades. According to Halinaty, this is a core value of the company, and their aim is to always push technology forward, but to never leave their loyal customers with older technology behind. “We want to be able to take these new features and have a pathway for existing customers to be able to take advantage of them,” Halinaty says. Part of their strategy in developing the best paths to new technology for their clients is the company’s habit of taking customer feedback very seriously. This is the core of how Thales Canada decides where to focus their efforts. 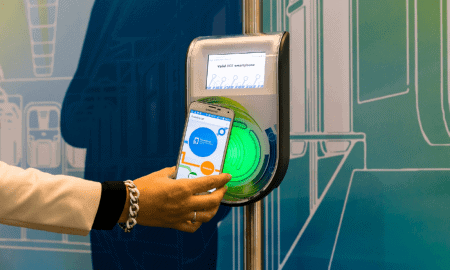 Early in 2016, Thales Canada found a new direction in which to find growth, signing a $35 million deal with Seaspan’s Vancouver shipyards. Halinaty and other major executives decided that Thales could expand into the naval business and see profitable results. Thales Canada will work with Seaspan on their shipbuilding efforts, and will help them produce several major non-combat vessels. Their role in the venture will be coordination efforts, funneling the parts from various suppliers and ensuring that every component during the building process works well with every other. It is possible that in the future, Thales could go on to work on combatant vessels, using the experienced gained from these current ventures.

Since the Canadian government is interested in updating their naval fleets over the next few decades, Thales can expect activity in this domain to go on for many years. “For us, this is a long-term endeavor,” Halinaty says. Similar to Thales’ strategies in land-based transit, they hope to create a long-term business out of continued support for the ships that they help build.

Thales’ commitment to long-term strategies and their focus on innovation has made them one of the top R&D investors in Canada. Their focus is on the leading edge of the industries that they touch, and they are attempting to develop new technology is several areas. For example, in order to respond to the conditions of our increasingly digital society, Thales has been pouring resources into making innovations in cybersecurity. According to Halinaty, this will be an increasingly critical component of the digital revolution as time goes on. “As everything becomes digital the sensitive data must be protected,” he says. This is a promising new area of growth for Thales Canada.

More importantly, cybersecurity is a core concern that touches nearly every sector of Thales’ diverse business. Regardless of the specific realm of a given project, Thales is usually implementing new and efficient digital technologies. As information and the technology to access it grows at a geometric rate, keeping on the leading edge of advancements is critical. Their hope is to help push their clients forward into the future and more closely match the breakneck speed at which knowledge and digital technology is growing. Thales is committed to not being left behind in this race, so they encourage their clients to let go of fears and become early adopters.

Of course, this is more than simply a problem for private firms. Governments too can drag their feet when adopting new technology and this can cause problems for their constituents. Through its influence in the government sector as well as the private sector, Thales Canada aims to keep the country up to date.

Especially when it comes to cybersecurity, it is imperative that governments as well as corporations take a proactive approach because attackers are constantly innovating, and the honeypot of valuable information or resources that can be stolen only grows larger. “Technology has no frontier right now,” Usal says. “That’s why you see more cybercrime being effective. Those organizations cannot keep the pace with protective technologies.”

Not every area of expansion for Thales is quite so dreary, however. When it comes to expansion of its various transportation endeavors, Thales has its eye set on Asian and South American markets, where many countries are starting to boom with new development. This creates a need for better and more extensive transportation infrastructure. The potential is huge in these sectors, and is a major part of Thales’ long-term plans. 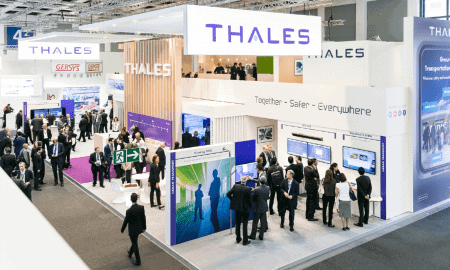 Back in Canada, however, Thales is continuing to expand its partnership with the Canadian government and is one of the leaders in the defense industry. Its diverse reach has allowed Thales to be in a unique position to deliver new technology for many different industries, and Halinaty appears to be very optimistic. He hopes that Thales Canada will be able to double its revenue by the end of the decade, which is no small task, but seems feasible considering their recent history of expansion.

Halinaty believes that the fastest area of growth will be in cybersecurity, and that the major challenge in the next decade will be to help companies implement security that keeps up with advancements in technology. This can be difficult, but he remains optimistic as the population becomes more aware of the need for cyber defense, especially those who grew up in the Information age. “Our customers are getting smarter as we go forward because the young generation is getting it,” Usal says. “One of our challenges is to strengthen our relationship with customers in the way we design, develop and provide our solutions.”

Though the path of Thales Canada is indeed extremely ambitious, their plan seems very feasible thanks to their already strong foundation in various industries. This diversity—strong, healthy roots—is sure to help Thales shoot upwards into the future.