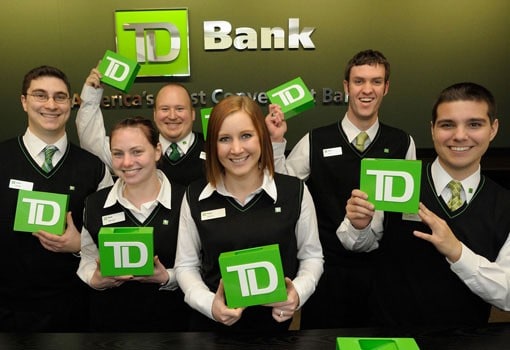 The U.S. economic expansion continues unfettered, according to a new report by TD Economics (www.td.com/economics), an affiliate of TD Bank, America’s Most Convenient Bank®.
“Despite a significant amount of volatility in quarterly growth rates in the first half of the year, on the whole, the U.S. economy is progressing largely as expected,” says TD Bank’s Chief Economist, Beata Caranci. “Growth is on track to reach its cruising altitude this year of 2.2%, and maintain a similar outcome in 2018,” says Caranci.

“An increasingly tight labor market is expected to make its presence known on wage pressures, and inflation. The Fed yesterday cast a vote of confidence in that process by raising rates another quarter point,” says Caranci.

“Financial markets remain skeptical of further Fed hikes,” says Caranci. “Who can blame them? After five years of underperforming the Fed’s 2% inflation target, markets are taking an ‘I’ll believe it when I see it’ approach to inflation.”

In TD Economics’ view, some of the factors putting downward pressure on inflation will prove temporary, such as a large one-time drop in the price of cell phone plans and a bottoming in energy prices. As the disinflationary impact of the U.S. dollar wanes, the directional pull to inflation is up. This should enable the Fed to raise interest rates one more quarter point later this year, while also shifting focus to reducing the size of its balance sheet. Overall, the Federal Reserve is expected to continue their gradual pace of rate hikes, with the funds rate reaching 2.25% by the end of 2018.

Consumer springs back into action

A key element of the soft start to the year was a slump in consumer spending, which grew at the slowest pace in over seven years. Fortunately, recent data point to a strong rebound of close to 3% in the second quarter.

Beyond the quarter-to-quarter swings, consumer spending is likely to run in line with underlying income gains. As the economic cycle matures, pent-up demand for big ticket purchases, like autos, is increasingly sated. This places more emphasis on developments within the labor market and income growth to provide a solid base for household spending.

“A key piece of last quarter’s forecast was a pick-up in business investment. This has occurred in spades, with spending surpassing our expectations in Q1,” says Caranci. “While some of the strength came from an expected rebound in the oil and gas sector, it wasn’t solely contained within that segment, as evidenced across a broad swath of capital goods.”

Looking ahead, policies in Washington provide a two-sided risk to the outlook for investment. We have highlighted in the past how tax reform could provide a catalyst for stronger investment spending (see report). But, as the working out of a tax reform package with Congress drags on, there is a non-trivial risk that businesses delay investment decisions until they have more clarity on its potential tax treatment.

“We have never incorporated any fiscal stimulus from the new administration into our forecast,” says Caranci. “While President Trump continues to talk up the possibility of tax reform, the prospects of a comprehensive package passing Congress this year are dimming. At the same time, the White House budget contained significant cuts to non-defense spending that would imply a slower pace of government spending growth if enacted. Risks to our forecast from fiscal policy are not one-sided.”

Added to the mix is the risk of a government shutdown this September. It is seemingly unthinkable that a Congress and White House dominated by Republicans could fail to come to an agreement to avert a shutdown; however, the President has not ruled it out, so the risk cannot be ignored. The last chance Congress will have to raise the debt ceiling before it runs out of cash will be before the August recess, on July 28. Depending on how well Congress and the White House cooperate, this could lead to increased volatility on financial markets over the summer months.

TD Economics provides analysis of global economic performance and forecasting, and is an affiliate of TD Bank, America’s Most Convenient Bank®.