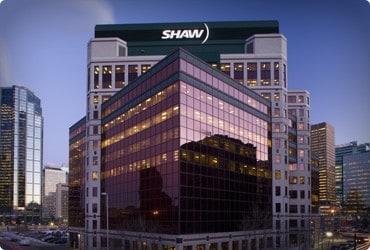 As previously announced, Shaw Communications Inc. (“Shaw” or “the Company”) has entered into a series of transactions that enhance the Company’s long-term growth prospects. “Today represents another important milestone regarding our commitment of becoming Canada’s leading connectivity provider. We believe that both transactions are optimizing the value and strategic positioning of our portfolio of assets and will generate long term benefits for all of our stakeholders, including our employees, customers and shareholders,” said Brad Shaw, Chief Executive Officer, Shaw Communications.

“Considering the acquisition of WIND (now Freedom Mobile) in 2016, we now have more synergistic investment opportunities as a leading enhanced connectivity provider within our Canadian footprint,” Mr. Shaw said. “We believe this incremental investment in our wireless business, particularly with the addition of the 700 MHz spectrum, will materially improve our long-term wireless customer experience, and will further enable our ability to offer converged network solutions to our customers.”

“We are excited about our wireless opportunity, and the additional spectrum and network investment will create a compelling wireless experience for our existing and future customers,” Mr. Shaw said. “We are pleased that we have entered into an agreement with Quebecor, and we are excited about putting this spectrum to use for the benefit of Canadians.”

The purchase price of approximately C$2.3 billion (US$1.675 billion), represents an attractive return on Shaw’s original investment of US$1.2 billion, or approximately C$1.3 billion at the prevailing exchange rate at the time. Consideration pursuant to the ViaWest Transaction is comprised of all cash.

Shaw expects to realize net cash proceeds from the ViaWest Transaction of approximately C$900 million after the repayment of ViaWest level indebtedness of approximately US$580 million, repayment of the US$380 million Shaw credit facility borrowings associated with the original investment and subsequent INetU acquisition, and estimated ViaWest Transaction expenses and taxes.

TD Securities Inc. (“TD Securities”) acting as exclusive financial advisor to Shaw, provided an opinion to the Board of Directors of Shaw that, subject to the assumptions, qualifications and limitations provided therein, the consideration to be received by Shaw pursuant to the ViaWest Transaction is fair, from a financial point of view, to Shaw.

The Spectrum Transaction is subject to customary closing conditions and all necessary regulatory approvals from the Ministry of Innovation, Science and Economic Development Canada (“ISED”) and under the Competition Act. The Spectrum Transaction has received all required internal approvals at Shaw and Quebecor and is not subject to approval by the shareholders of Shaw or further approval by the shareholders of Quebecor.

The Spectrum Transaction will be funded using a combination of cash proceeds from the ViaWest Transaction, cash on hand and/or Shaw’s existing credit facility, and is expected to close in the Summer of 2017.

In addition to the spectrum acquisition cost, capital expenditures associated with the deployment of the acquired spectrum are estimated to be approximately $350 million. The Company expects the majority of the capital related to the network build to be incurred during fiscal 20181, which reinforces Shaw’s commitment to the wireless space, and improves our long-term wireless growth prospects.

Shaw’s pro forma net debt to EBITDA leverage metric, assuming closing of both the ViaWest Transaction and the Spectrum Transaction, is expected to be below the low end of our target 2.0x-2.5x, and our $1.5 billion credit facility will be fully undrawn.

Shaw will discuss the ViaWest Transaction and the Spectrum Transaction in conjunction with our third quarter fiscal 2017 results on the previously-scheduled conference call for Wednesday June 28, 2017.

Advisors and Legal Counsel for Shaw