Inflation: Demand creates its own supply 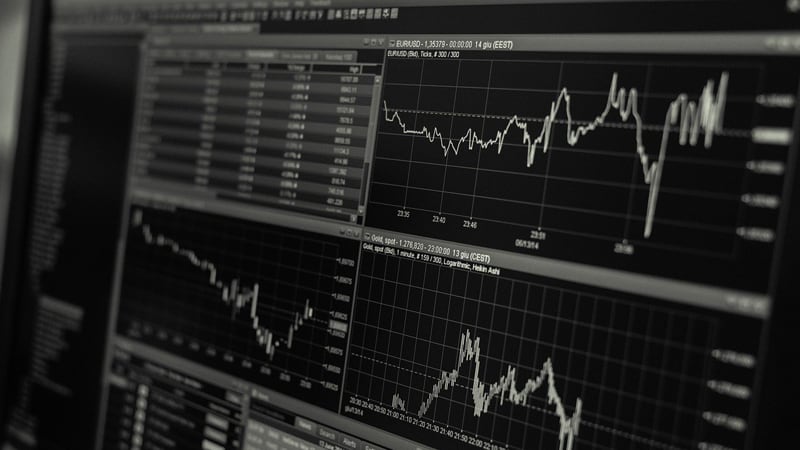 The point has to be made that while we clearly have a stickier inflation situation on our hands, the entire story relates to the pandemic and the impact this has had on impeding the supply side of the economy. This is not a demand story one iota, which means that the Fed really is not at all well equipped to deal with this sort of inflation without driving the economy into recession.

We have a highly inelastic aggregate supply curve on our hands. In some industries, it can be argued that the supply curve has turned vertical in shape. What that means is that you don’t need incrementally strong demand to generate these wild increases in prices — even small moves can do the trick. For now, and the near-term, but not indefinitely. My view is that the supply curve will resume its normal shape of sloping upward from left to right on the price-output chart, even if we have to wait longer. But what I don’t see changing is the secular softness in demand, which was a principal feature of the 2009-2019 economic cycle.

The principal risk to my view is if the price action feeds in a broad-based manner into wages, and we embark on a wage-price spiral. A few headline contract disputes and strike action will have to broaden out to cause a shift — so far, many measures of wage growth are contained among the youth, uneducated and unskilled in some of the public-facing cyclical industries, like retail and leisure/hospitality.

Let’s look at the auto sector, which has been a poster child for this inflation surge. Production has plunged 25% in the past year and retail inventories have plunged 18%. At the same time, sales are down 20% and new orders have fallen 10%. Auto-buying intentions are down to four-decade lows. The story here is that as weak as demand has been, the supply shortage has dominated and as such we have a big inflation surge in this key sector. A case, again, of supply being weaker than demand. But demand is weak and that is a key point and when the supply does come back, demand is bound to lag behind and the price action will reverse. This is likely to be a theme in 2022 but not yet appreciated.

Of course, at the root of this supply situation is what has happened to global supply chains for key inputs, and particularly for semiconductors. But I am seeing an impressive supply response already taking place. Domestic production of micro processing chips has risen 9% from year-ago levels. The onshoring of production is already taking hold. And we also see that imports of electronic components from abroad are seeing a sharp rebound — finally — as they are up 23% on a year-over-year basis.

And let’s face it — if the chip shortage was some sort of long-lasting phenomenon, someone has to tell that to the sector stock index, which is hovering near all-time highs. You will not find this in the morning papers where inflation has reached a feverish pitch and is a key selling topic for the readership.

Meanwhile, for all the talk of a reversal in globalization, exports out of Singapore are up 23% YoY, up 19% in Korea, up 20% in Taiwan and up 24% in China. In fact, it is my contention that, with the property market in disarray and retail sales in a deep funk in China, the next big theme will be an export boom out of China because this will have to be the offsetting safety valve to prevent the economy there from slipping into recession. This will be another theme ahead — China again becoming export-dependent and this will actually be a deflationary force on the global economy. Again, who is writing about this?

We also see a similar situation in the energy market as with autos. Supply is being constrained and the only reason why OPEC+ has remained stringent is because it sees demand softening in the coming year. But as with autos, demand is below pre-pandemic levels across all segments — while real consumption has obviously rebounded from the 2020 lows, whether you look at gas usage volumes, miles driven or air travel, they are all significantly below pre-COVID-19 levels — which was a time when WTI was sitting at $53 per barrel, not $83 per barrel. If production wasn’t set to recover before too long, I doubt that we would be seeing the mid cap auto manufacturing stocks not just carving out a bottom but up nearly 10% so far in November (ditto for the small cap parts producers, which are up more than 9% month-to-date and are at all-time highs).

Food has been a big problem and, again, this is not due to demand. It is part transportation costs (and fuel for farmers) and part disrupted supply chains for food producers. But it is mainly the fact that violent climate shifts, such as droughts and floods in key food producing regions both within North America and abroad, have wreaked havoc with supplies. Demand for food tends to be very stable and people don’t shift their appetites this quickly. So the big food inflation in the CPI data reflects all this and with a lag from the prior surge in the commodity pits. But we have recently seen a thaw in the price action at the early farming stages and this too will filter next year into some much-needed relief. Food prices rose with a lag, and they will come down with a lag. Nothing here is permanent — any more than the doubling in agricultural prices in the mid-1930s with the “Dust Bowl.” In 1934 alone, that caused a massive 800-basis point swing up in the headline inflation rate! Somehow, when all was said and done, nobody seemed to recall that, because of a supply shock in the context of the Great Depression, we did have a two-year inflation shock to deal with. Those who believed the Fed would respond and bond yields would soar were surely disappointed.

Now for the housing aspect to this story. Yes, the dominant rental components, including OER, are filtering through with a lag. This will likely persist into 2022. But the Fed has never before reacted to this force within the inflation data, and I doubt that Powell (or whoever may replace him) will bother to respond to the rental influence on the data. The key, as I said before, is the extent to which all of what we are seeing will feed into wages. So far, let’s just say that wages have lagged behind prices in six of the past seven months, during which real work-based pay has contracted at nearly a 3% annual rate. We shall keep an eye on this since this is the area that would cause us to shift our view on inflation being “non-permanent.”

Again, the supply front is showing some verve. With the rental vacancy rate at a 35-year low of 5.8% and quoted rents running hot at +12.5% YoY (was +0.2% a year ago!), the real estate developers are springing into action. The story here is that it isn’t just demand — but until recently, new supply was dormant. So much so that apartment unit completions as of September were down 42% to their most depleted levels in two years!

But now we are seeing rental building permits up 16% YoY to their highest level in six years; multi-family starts have soared 38% YoY; and units under construction — and soon to hit the market — are up more than 6% and 714k units (the highest they have been in 45 years). To be sure, it takes 12-18 months (versus 7 months for single-family) for a high-rise building to morph from start to completion. But what lies around the bend, nonetheless, is a return to either a better balance in the rental market or a move back to excess supply. Whether it is a 2022 or 2023 story, the future is one of supply playing catch-up; and we will no longer be talking about rampant rental inflation in the CPI data.

David Rosenberg is the Founder and President of Rosenberg Research and Associates, www.rosenbergresearch.com.