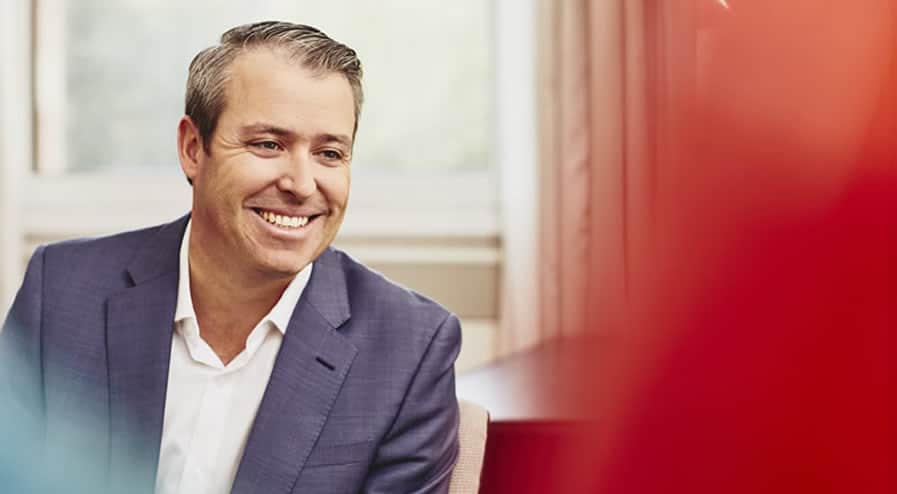 Marc-Étienne Julien is the CEO of of the Canadian division of Randstad, the world’s second largest provider of staffing services.

Within Canada, they are the country’s largest provider of recruitment and hiring services after entering the market in 1997. In this exclusive, their Canadian CEO explains how Randstad has adapted and grown by making clever acquisitions, expanded their offerings, and built networks which benefit both employers and employees.

Marc-Étienne jokes that he “fell into recruitment by accident,” when sitting for his first interview as a graduate.

“When I came back to Canada as a graduate looking for my first job, I was actually fortunate enough that the first interview I was able to secure was at Randstad, however for an external client. Through the interview process, I ended up being hired at Randstad as the staffing consultant.”

As a staffing consultant, he was responsible for finding new business and taking over their recruitment management. A year later he moved into a secondary health role, and later to his first opportunity which was running a Randstad location in Laval, Quebec.

“From [Laval] I grew the business to a few other branches, eventually moving to Quebec City to open up operations there. In 2008, Randstad performed the largest global acquisition for our industry, which had a large impact here in Canada. The company we acquired was actually locally bigger than we were at the time.”

The global acquisition changed Randstad’s leadership structure, and Marc-Étienne was offered the opportunity to lead one of their lines of business. He gladly took the opportunity and soon became president of Randstad Staffing. As President of staffing he was able to open up additional services to the Randstad portfolio, and in 2015 became CEO of Randstad Canada.

“We now have about sixty offices from coast to coast. We have offices in both Halifax and Victoria, with a very good geographical distribution in between.”

“Our team right now consists of about 900 employees and we operate in various different segments of the market such as IT, engineering, manufacturing, finance and HR. We cover most aspects that a staffing customer may be looking for.”

Adapting to a changing market

Randstad’s growth and acquisitions have given the company opportunities to capture an ever-increasing share of a rapidly changing market. “The market is evolving terribly fast. I’ve been here for sixteen years now, and we expect the changes will keep accelerating.”

For most companies, the need for a staffing company such as Randstad arises with a need for specialized talents and skill sets. Many companies are not able to keep up to date with the availability of resources, new graduates, and newcomers, and these companies can unwittingly contribute to a scarcity for certain skill sets.

“The reason most companies do business with us is that either they don’t have the right infrastructure to find the right talent, or they have challenges positioning themselves as an attractive employer.”

He mentions that for many companies, these roadblocks to finding the right people can take a large toll on their operation, competitiveness and their bottom line. “When you measure the time, investment and potential of negative impact for them to do it themselves, and the time it takes while the seat is open, usually the cost associated with the service becomes immaterial.”

The Canadian CEO points out that much of Randstad’s success lies in their specialization and expertise, saying, “A database doesn’t mean anything anymore, databases are open now. We can go on any social network and quickly perform a search and have access to that data.” Randstad separates themselves from the competition with their ability to create successful relationships with both companies and individuals.

“A lot of companies are doing business with us because the information is available to everybody now but it requires expertise on how to approach those individuals, it requires relationships with those individuals it also requires a qualification from a technical standpoint to assess their skills.”

Randstad are able to reduce the time and monetary costs for both employer and employee by being able to offer real-time solutions for both permanent and temporary positions. Marc-Étienne noted that having Randstad serve both employer and employee economizes the process for both, “Time is very often of the essence, what we provide to the corporation is also a byproduct of what we provide for the talents. And very often for talents it is challenging to look for a job.”

“Every time I speak with a customer, people are quite surprised with our scope and range of services” he says. For the sixteen years that he has been with the company, Randstad has been expanding their range of services to support and encompass the employee lifecycle at every stage of development.

“We have really broadened our portfolio, and we’re in a position now in the Canadian market where we can actually support our customers throughout their employee life cycle. Whether it’s employer branding, recruitment or when companies have to make more difficult decisions. We can even ease the transition of those employees back into the marketplace.”

Beyond their organic growth, Randstad has used acquisitions to expand and develop their service portfolio. Notable amongst these was the integration of employment website Monster Worldwide last year. “We’re very happy to have them join Randstad. Monster has a very strong brand and being entrenched in the talent ecosystem is very important to us.”

“Monster is a strong technology player and technology is becoming a game changer in our industry. They have built a very interesting suite of technological solutions which we believe may fit very well into our processes, or become interesting add-ons for our clients,” said Marc-Étienne.

Among the new services now available to Randstad is The Foundry, a company under Monster which focuses on employer branding. The Foundry will sit amongst past acquisitions including RiseSmart career transition services, allowing Randstad to further encapsulate employee lifecycle from start to finish.

“We’re expanding our wings into the broader human capital space,” Marc-Étienne said, “Sixteen years ago we operated much more as a screening sector, but now our duties are a lot more geared towards supporting the talent ecosystem and supporting our customer in how they can attract the proper talents within their organization.”

Randstad measures the maturity of a country’s staffing industry by looking at the percentage of the total employed population who are employed through staffing services. In Canada the employed population represented by staffing services sits around 1%, compared to 2% in the USA and 4% in France. Marc-Étienne mentions his excitement at the potential of the young Canadian staffing industry combined with a rising Canadian economy.

“The Canadian economy overall is doing quite well. That drives a lot of excitement in the employment market. People are more open to pursuing a new career when the economy is doing well.” Mr. Julien said, “We’re very excited about how the market is going to drive potential over the next few years.”

Randstad has proven an ability to adapt and change to fulfill new customer needs. The company is now in its twentieth year in Canada, and Marc-Étienne credits the value of specialization in the company’s staff and services.

“I’m not a believer in the one-man show. Companies won’t grow around an individual who does not surround themselves with the right people. Leaders must be self-aware, be able to learn from mistakes and experience and be open to feedback. The best feedback is not from your boss or clients, but from your staff, your employees and team members. “

Reflecting on his own journey to CEO of Randstad Canada, he mentions how humility and willingness to learn and adapt to feedback have helped along the course of his career.

“It’s impossible to master everything.” Mr. Julien said, “There are many lessons to learn, and I find that the people who are the most open to finding out about themselves and understanding their own strengths and weaknesses are the people who will learn the most.”

Find out more by visiting www.randstad.ca.