Moving the dial towards empowering women to trade globally 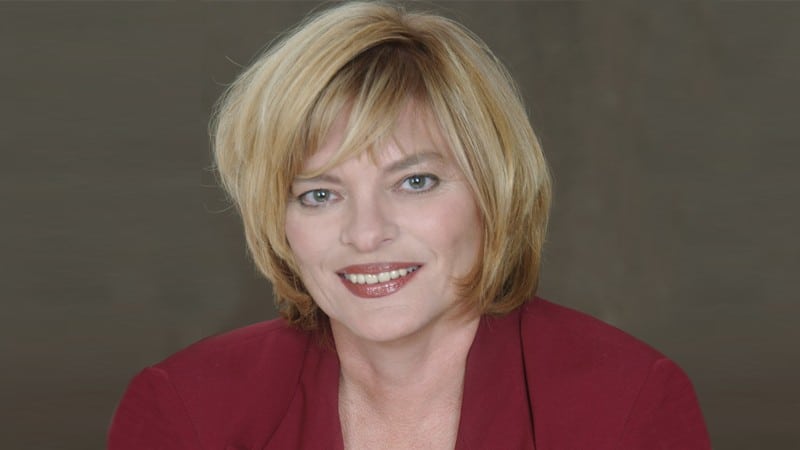 On the occasion of the recently celebrated International Women’s Day, and its key theme, “Each for Equal. An equal world is an enabled world”, we pause and reflect on what this means in terms of empowering and advancing women in international trade. Without a doubt, gender equality and women’s economic empowerment are essential to the 2030 Agenda for Sustainable Development to achieve inclusive growth, leaving no-one behind. Momentum has been gaining in international trade institutions in recent years to better recognize the potential of women-owned businesses and support their growth.

Women entrepreneurs are growing in leaps and bounds around the world and are increasingly an important driver of economic growth, but they continue to remain underrepresented in global trade and participation in global value chains. Only one in five women export and women-owned firms win only one to two percent of multinational corporate and government procurement contracts. Women-owned businesses are often concentrated in service sectors and informal sectors that are less trade intensive. Many lack resources needed to expand beyond borders, including access to contacts, education and financing.

In some countries, there are still legal barriers that prevent women from owning land and accessing financing, plus cultural biases exist. Even in developed countries, women tend to self finance which limits their growth. In addition, although considered gender neutral, trade agreements can affect women and men differently. Historically, they have been negotiated without a gender lens and failed to take into account the needs of women and the impacts of agreements on them.

Research shows that women continue to play a central role in the rise of the entrepreneurial economy in Canada, launching businesses at higher rates than before, often outpacing men. And, according to Startup Canada, Canadian women entrepreneurs have been taking on the business world despite barriers and disparities in funding and representation, contributing $148 billion annually to the economy while employing 1.5 million Canadians.

According to a report, greater efforts to harness the power of women in the economy could boost Canada’s annual GDP by $150 billion in 2026. This reflects the immense potential for unparalleled growth and represents a significant stimulus for Canada’s economic growth and prosperity. On the global front, if women participated in the economy on equal footing as men in the labour market, this could add as much as $28 trillion, or a 26% increase over current growth, to global annual GDP by 2025.

Set against this backdrop, the Organization of Women in International Trade (OWIT) was formed back in the 1980s in the US. Its story is part of the journey towards gender equality, with a focus on empowering women to trade globally. A not-for-profit global association, OWIT’s mission is to advance women in international trade and business, engaging over 2,000-plus members and 20 chapters around the globe that impact hundreds of millions of dollars in trade and business transactions annually. The organization provides education, information and high-quality networking. OWIT has local chapters in Canada, in Toronto and Ottawa.

OWIT-Toronto serves as a gateway to potential marketplaces through its global network, connecting women to the right contacts for support, information, education and inspiration. This includes connections to like-minded women, access to business contacts and service providers like bankers, as well as to trade missions, and information about financing programs that help support international growth. Through pursuing strategic partnerships with groups and programs both domestically and internationally that support women’s economic empowerment and global trade, OWIT-Toronto amplifies networking opportunities for its members. It also showcases role models to inspire other women and the younger generation to pursue trade careers and opportunities.

In Canada, tremendous strides have been taken to achieve women’s economic empowerment, and Canada already demonstrates best-in-class leadership on the international stage. The Canadian government’s policy and legal approach through its progressive trade agenda and Women Entrepreneurship Strategy provides an opportunity to double the number of women entrepreneurs by 2025. Its $2 billion investment in women’s economic and social development reflects its strong commitment.

At the global level, Canada’s trade diversification strategy enables a more inclusive approach to trade that provides access to benefits and opportunities from international trade and investment to more Canadians who have traditionally been under-represented, including women, SMEs and Indigenous peoples.

Canada has also been a strong proponent of the application of Gender-based Analysis Plus (GBA+) to impact assessment, bringing this internationally recognized best practice to all realms of policy-making. Among the first in the world is a dedicated trade and gender chapter included in the modernized Canada-Chile Free Trade Agreement (FTA). The trade and gender chapters in the Canada-Chile and Canada-Israel FTAs establish trade and gender committees to oversee cooperation activities and share experiences in designing programs that encourage women’s participation in national and international trade. Canada is also seeking to include gender chapters in FTA negotiations with the Pacific Alliance and Mercosur.

Canada has been a global leader in championing and working with other partners to endorse the Joint Declaration on Trade and Women’s Economic Empowerment. The Buenos Aires Declaration was a decisive step, putting trade and gender on the WTO agenda like never before. The Declaration aims to promote women’s economic empowerment and tackle barriers that hamper their participation in global trade. To achieve this, it provides a platform to better understand the links between trade and women’s empowerment. Canada has hosted the first seminar organized under the Declaration, focusing on gender-disaggregated data and gender-based analysis. A number of workshops as well as research and joint studies have been done, and WTO Members championing the Declaration are currently working on its implementation report to be presented at the 12th Ministerial Conference in Nur-Sultan, Kazakhstan in June 2020. The report will look at ways to take this work forward.

OWIT-Toronto has been supportive of Canada’s commitment in pursuing progressive and inclusive trade that benefits all. It actively engages with the government on the different programs supporting women in international trade, operating as a broker for its members to stay in touch with the latest information about government programs and their accessibility. The government, in turn, has been supportive of OWIT-Toronto’s mission, inviting participation in free trade agreement stakeholder consultations, such as the NAFTA renegotiation, and in ongoing dialogue to ensure that trade policies are better aligned with the interest of all Canadians, including women.

The government has also supported trade missions organized by OWIT-Toronto to help expand market access for women. These missions provide excellent opportunities to meet valuable new contacts on the ground and build relationships that lead to new business. For example, in 2019, OWIT-Toronto led a Canadian women’s trade mission in the manufacturing, auto and ICT sectors to Monterrey, Mexico, and participants have since reported business wins.

Building momentum and trading up

Women’s economic empowerment has gained traction with governments and key stakeholders around the world. The Buenos Aires Declaration is a testament of this trajectory and, as a result, more WTO members are voluntarily incorporating a trade policy gendered lens in their reports, a 66% increase from 2018.

Canada remains a trailblazer in championing inclusive trade on the world stage. Canada’s progressive trade agenda has resulted in a great deal of groundwork in policy making, in enhancing women’s capacity to trade, in creating equal opportunities as well as in providing a level playing field for both men and women. However, gaps still remain in ensuring that women are elevated.

The inclusion of trade and gender chapters in FTAs is a positive development. According to trade specialists, this will help to raise awareness of gender equality issues in the trade discourse, and highlight the gaps that still exist. It will encourage broader participation by civil society and the private sector in the implementation of agreements, enhance cooperation between parties to the agreements on issues of immediate relevance to women, and strengthen capacity-building, especially when one party is a developing country. However, these chapters are also light and somewhat aspirational now. Milestones or specific goals are not included, dispute-settlement mechanisms do not apply, and potential impacts of trade liberalization pursued under the agreements on women’s well-being and economic empowerment are not addressed.

What can governments do next?

Canada is indeed making waves in its approach to take forward a progressive trade agenda to ensure that more women are engaged in trade and reaping the rewards that come with it. Step-by-step, and in a collective effort, we can ensure that nobody is left behind. Engaging and joining the conversations with OWIT, and other like-minded organizations, means fostering export opportunities for women-owned businesses – an investment in the Canadian economy as a whole. And in an increasingly protectionist world, women represent untapped potential to fuel more trade and be new stakeholders for exporting.

Susan Baka is VP International, and Justine Namara is Director for the Organization of Women in International Trade – Toronto chapter (OWIT-Toronto), www.owit-toronto.ca.