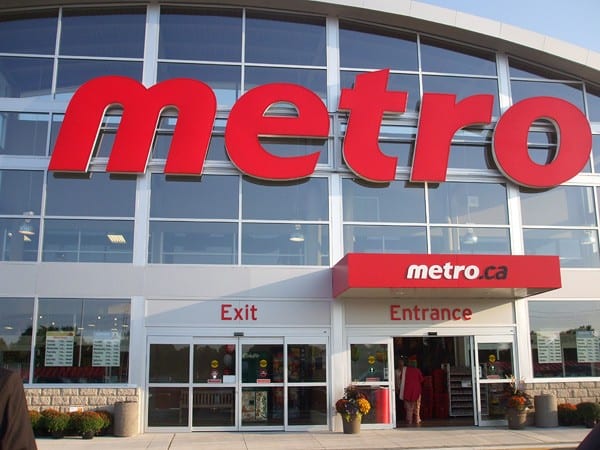 METRO is pleased to announce that it is rolling out its local purchasing program in the Saguenay-Lac-St-Jean region. Some 122 new grocery and fresh products from 22 local suppliers are making their debut today in 8 Metro and Super C stores.

Thanks to the cooperation of La Table agroalimentaire du Saguenay-Lac-St-Jean region, the organization behind the Zone Boréale campaign, a regional tour was organized during which the purchasing team met with suppliers who were interested and in a position to sell their products at Metro and Super C, in order to discuss their products, labelling, prices, merchandising, etc. This process resulted in several new local suppliers being discovered and in METRO assisting them in their efforts to get their products on the METRO’s shelves in the region.

“I would like to applaud the efforts that METRO has made in order to make it easier to get local products onto its shelves and to highlight them, including providing them with a prominent place in-store as well as its support of agribusiness in this area,” said Marie-Claude Gauthier, General Manager of La Table agroalimentaire du Lac-St-Jean. “This project with METRO allows participating farmers and producers to expand their business, which benefits the economic activity of the entire region and the economy of the entire region comes out as the winner.”

“Our goal is to increase distinctive selection of local products, at a competitive price for our clientele. To do so, we provide personalized support to each one of those partner-suppliers” said Christian Bourbonnière, Executive Vice President and Quebec Division Head, for METRO. “Benefiting from our experience and equipped with better tools, businesses that want to grow with METRO see their development increase rapidly, with some even moving on to distributing throughout the network.”

METRO’S Local Purchasing Program
METRO’s Local Purchasing Program ensures the presence and visibility of regional products in its stores, in order to exceed customer expectations, which increasingly looking for regional and Quebec-made or grown products. Launched in 2013, the initiative also provides personalized support to each one of those supplier-partners in the commercialisation of their products – allowing them to expand their reach regionally and across the province through the exposure that a large chain grocery store like METRO can provide. So far, the implementation of the program in 10 Quebec regions has enabled more than 1,000 new fresh and grocery products from 175 suppliers make their entry in Metro and Super C stores in their region.

Metro’s Local Purchasing Program can be viewed on Metro’s website. The 2016 Corporate Responsibility Update is available at metro.ca/responsibility.

Metro Inc.
With annual sales of over $12 billion, METRO INC. (TSX: MRU), founded in 1947, is the only major Canadian food distribution company to have its head office in Quebec. Along with its affiliates and franchisees, METRO INC. employs in Quebec and Ontario over 65,000 people, whose mission is to satisfy their customers every day and earn their-long term loyalty. METRO INC. operates a network of almost 600 food stores under several banners including Metro, Metro Plus, Super C and Food Basics, as well as over 250 drugstores under the Brunet, Metro Pharmacy and Drug Basics banners.

The fundraising campaign took place from May 9- 21 helped raise $516,241 for the flood victims in more than 140 municipalities across the province of Quebec.

This amount will be donated, on behalf of Metro and Super C customers and employees to the Red Cross for the Disaster Relief Fund which is assisting the families affected by the floods meet basic needs after this great tragedy.

METRO would like to thank all of its customers and employees for their generosity.