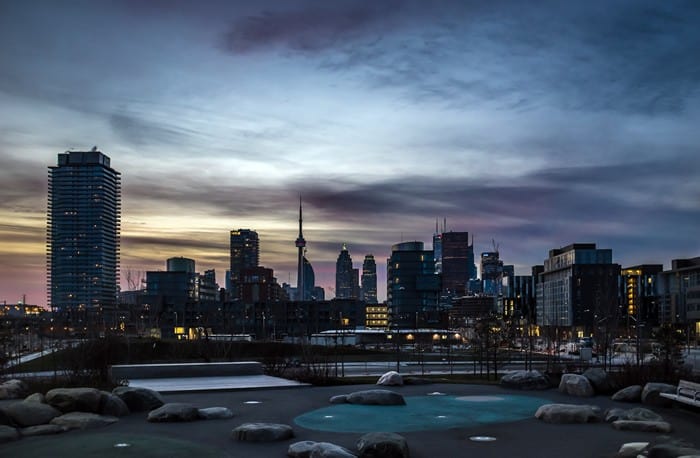 A province’s economic prospects are only as good as its infrastructure will allow, so it is extremely important for a given location to have the resources that it needs and the ability to use them effectively. In the case of one of Canada’s major provinces, the Crown corporation most concerned with these issues is Infrastructure Ontario (IO). IO’s main goal is to build and update infrastructure throughout the area, working to produce high quality public facilities, and it is responsible for the handling of tens of billions of dollars of public funding.

Regardless of who you are, public infrastructure is extremely important, and much of public property is used to facilitate the daily activities of citizens. People may use roads, bridges, public transportation, or government facilities such as clinics or courthouses. Infrastructure Ontario works closely with local governments and other Crown corporations in order to create and maintain the needed infrastructure. Its relationship with private corporations also helps to keep costs low, using the profit motive of business to yield better and faster results than most government agencies would produce on their own.

One of its most successful models for forging this connection between the private and public sector has been its Alternative Financing Procurement (AFP) partnership, which has provided a backbone for many projects. Since IO’s birth, costs on public projects have lowered significantly, and even very complex endeavors in infrastructure have proven to run most efficiently, their budgets and time tables honored. By contrast, before IO’s presence, local government was frequently unable to avoid going over budget or facing frequent delays in development, which mired many infrastructure plans in uncertainty. The CEO of Infrastructure Ontario, Bert Clark, calls these problems “embarrassing” and asserts that the greatest value that IO has provided thus far is a renewed faith in the ability for the province to actually carry out its plans and keep its promises to the public. “As Canadians we are very modest but I think what we are doing in Ontario when it comes to infrastructure is truly at the forefront of infrastructure renewal,” Clark says.

Some of those major issues that IO has addressed over the past 10 years is the poor infrastructure that existed in the realm of health care, where there was a distinct lack of capital. Using their AFP method, they were able to make a huge difference in this sector, using delivery techniques that would lower costs and the chances of delays. IO sought to undo some of the basic problems that the provincial government would face when attempting huge infrastructure projects like these.

One of the biggest concerns was budget problems. A huge contributing factor that would cause projects to run over budget was the government’s tendency to break down its major products and hire many different contractors. In addition, the local government would follow a process wherein they produced their design and allowed contractors to bid on the project. While reasonable on the surface, this would often cause delays due to unexpected red tape that the contractor might encounter with the design—but because the design was not produced by the private firm itself, the contractor could not simply modify it himself and would have to wait for modifications from the government.

The practice of using many different contractors and dividing large projects made matters even more complicated. Projects of major scale could suffer from lack of integration, and all of the integration risks would fall on the shoulders of the public sector if problems arose. IO takes a different approach, offering the projects as one large, single endeavor and requiring the private contractor to bear all of the integration risk. In addition, the contractor is responsible for the design of the project, so any flaws or modifications are their responsibility. This greatly reduces bureaucratic delays and the squandering of public funds, and makes projects much more straight forward and efficient.

Another approach that IO has taken that differs from past government efforts is the way that it pays its contractors. Rather than paying for the construction costs up front and offering the contractor a monthly payment, IO generally withholds most of the payment until the job is finished. This allows them an advantage when dealing with disputes. This also requires that contractors take on the burden of the upfront costs much more, which gives them an incentive to get the project done correctly and in a timely manner, as a substantial investment of their own capital is at stake. Using terms like these, IO has successfully tipped the negotiation power in their favor and has induced contractors to be more committed to the projects that they are working on.

IO also handles legal issues very carefully and makes use of an extensive in-house legal team as well as qualified external firms during each project. “The legal department is involved from beginning to end on each and every one of those projects,” says Executive Vice President Marni Dicker. This saves IO a lot of problems and delays and ensures that their projects get done on time and with as little bureaucratic challenge as possible. The core of dealing with legalities is good communication, and Dicker comments that this is why the IO communications team is a group under their legal division.

Another change that IO had made that contrasts the old government model is that they tend to require contractors who are bidding on large projects to have local knowledge and experience. They found this to be extremely beneficial because contractors were already familiar with the environment.

Over the past few years, IO has been shifting its approach, not only in accepting more private financing, but also in the focus of its infrastructure projects. While in the past IO mostly spent its efforts on construction of buildings, it is now starting to switch its aim towards expanding mass transit. “The major [projects] that we would be focusing on right now would be transit and transportation-related,” Dicker explains. For example, “Finch Light-Rail Transit […] is in the works.”

Regardless of the specific type of project, IO’s endeavors can be found everywhere in Ontario, from highways to public transit projects to hospitals. “There is a very good distribution of projects right across the province,” Clark says. The number of these projects is, especially in the transportation sector, only expected to increase if IO’s positive track record continues.

IO’s most celebrated projects of late include new public transit infrastructure, housing for students and low-income residents, a YMCA, public parks, and even market-price condominiums. Along with those projects and many more, IO is attempting the ambitious extension of Highway 407 that will relieve traffic congestion in Toronto.

One of IO’s proudest achievements is the Humber River Hospital, which is only one example of the health care infrastructure that they created over the past decade. Patients and workers alike are enamored with the facility, which is extremely modern, and is frequently referred to as the first all-digital hospital in North America. This hospital offers state-of-the-art facilities where patients can receive care for a number of issues. Patients can receive cardiac care, cancer treatment, dialysis, and emergency services, among many other kinds of medical help. “There are a number of incredible new technology features there,” Clark says.

Best of all, this hospital was built on time and without going over budget, in spite of the huge complexity of the project. Most of IO’s hospital projects follow a similar pattern of efficiency.

Infrastructure Ontario has made projects like these much cheaper. In the past, not only would complicated infrastructure projects prove to be costly, but they may have been completely unfeasible in general. Part of this is due to IO’s improved project management techniques, but part of this is also due to an increase in the technical ability of modern contractors. As technology advances, fueled by private and public funding, more projects like these may become possible.

Clark remains optimistic about what the future has in store for IO, and how his company may deliver better, larger, and more efficient infrastructure to the public. In particular, he has his eye on public transit and improving the experience of commuters in Ontario. “I think you’ll also see a lot of work underway on the province’s regional express rail program which involves the electrification of the Go corridors and various improvements to increase efficiencies and customer service,” he says.

These improvements and expansions will not be possible without investment in the people behind the projects and their creative ideas. Clark says that he is dedicated to improving the specialized skills of the workers who execute their projects, as well as spending effort in crafting the best, most efficient solutions for Ontario’s infrastructure needs.