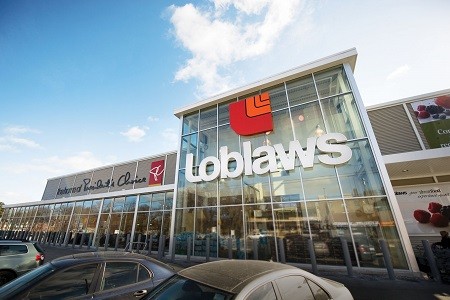 Effective January 1, 2018, Richard Dufresne will be appointed President, George Weston Limited (TSX:WN), retaining his current CFO responsibilities, and continuing to report to Galen G. Weston, Chairman and CEO, George Weston Limited and Loblaw Companies Limited (TSX:L, “Loblaw”). Over the next few months, he will transition out of his parallel role as CFO of Loblaw Companies Limited. As part of this transition, Darren Myers will join Loblaw on September 1 as Executive Vice President, Finance, reporting to Richard Dufresne, and on January 1, 2018, he will be appointed Chief Financial Officer, Loblaw Companies Limited, reporting to Galen G. Weston.

“Richard has made an enormous contribution in his time as CFO of both Loblaw and George Weston, including his role in the creation of Choice Properties REIT, the acquisition of Shoppers Drug Mart, and the subsequent realization of synergies,” said Weston. “He has been a thoughtful and decisive contributor to the management board and I look forward to continuing to work closely with him in his new role as President and CFO, George Weston Limited.

“In Darren, we have found an excellent financial executive, with experience in a broad and complex business. He brings with him both a commitment to exceptional performance, and to values consistent with our own culture journey. His perspective will be a valuable addition to our Loblaw management board.”

Richard Dufresne joined George Weston Limited in 2012 and Loblaw in 2014, holding parallel responsibilities as CFO at both companies. This followed prior experience as CFO at a large food distributor and a career in investment banking.

Darren Myers joins Loblaw from Celestica where he was most recently Executive Vice President and CFO, building on prior finance roles in the organization, and with Bell Canada and PricewaterhouseCoopers.