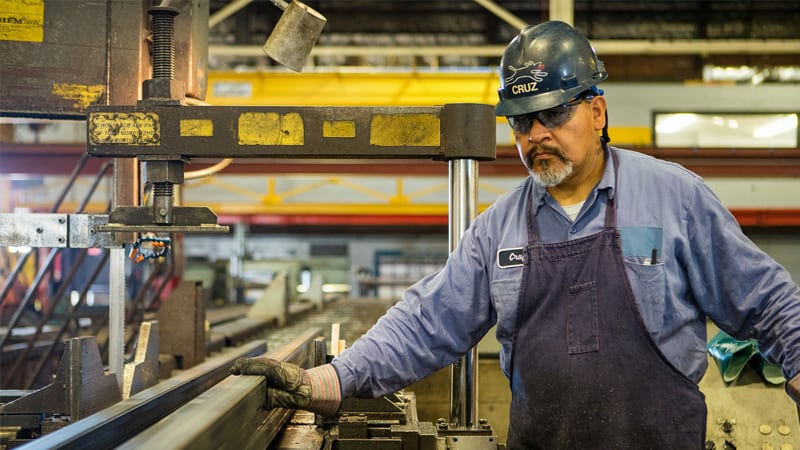 Central bankers, including Bank of Canada governor Tiff Macklem, say recent and substantial increases in rates of inflation are transitory and largely the consequence of global supply chain disruptions related to the pandemic.

But while COVID and the associated public health measures have contributed to a decrease in labour force participation with associated adverse consequences for the operations of ports and other key elements of supply chains, developed economies including Canada will likely face stagnant labour supply growth for decades to come. An aging population foreshadows, at best, a labour force that will barely grow over the next two decades barring faster-than-anticipated immigration growth or a substantial increase in the percentage of Canadians aged 65 and older remaining in the workforce.

The growth of Gross Fixed Capital Formation (GFCF) represents the increase in capital assets in the private, government and household sectors combined. In Canada, total investment growth slowed consistently over the post-2000 period, with the growth rate from 2015 to 2019 (prior to the pandemic) only about two-thirds the rate from 2010 to 2015 and less than half the growth rate from 2005 to 2010.

Hence, the marked slowdown in capital investment in Canada in recent years has been particularly pronounced for corporate investment. While residential housing and specific types of public investment can contribute to improved productivity, increased private-sector investments in machinery, equipment and intellectual property products are critical to improving labour productivity.

Why the dramatic slowdown in corporate investment?

Of course, Canada has seen a collapse of investment in the oil and gas sector due in part to price drops for Western Canadian Select crude oil, pipeline capacity constraints and tighter environmental regulations. But other Canadian industries also experienced investment slowdowns. Specifically, while the mining industry (which includes oil and gas) experienced the largest decline in investment from 2014 to 2019, fully seven of 15 major industries experienced a decline over that period. Moreover, a majority of those 15 industries decreased investments in machinery, equipment and intellectual property products.

Business investment ultimately depends on the expected net revenues associated with investments and the cost of financial capital (debt plus equity) used to finance the investments. It’s also influenced by substantial uncertainty surrounding future profitability, fuelled in part by ever-expanding government legal and regulatory measures. In this regard, governments across Canada could take several steps to significantly improve the country’s private-sector investment environment.

For example, both the federal and provincial governments could reduce regulatory red tape by eliminating duplicative regulations and regulations that no longer serve legitimate social or economic purposes. Policymakers could also make Canada’s tax system more supportive of entrepreneurial risk-taking by reducing relatively high marginal tax rates. The combined federal and provincial personal income tax rates on top-earners in Canada are higher than in the highest-tax jurisdictions in the U.S. Too many educated Canadians, especially those with training in science and engineering, move to the U.S. to start companies (hello Elon Musk) or help others start and grow successful businesses.

Clearly, Canadian policymakers should make an improved environment for business investment a top priority. However, they should resist implementing policies and programs that explicitly promote investments in specific industries or geographic regions via subsidies and tax holidays, which are ultimately funded by taxes or government borrowing that could have funded other private-sector investments. There’s no reason to think that public-sector bureaucrats are more capable than private capital markets at identifying capital investments that will create durable high-paying jobs and other economic benefits for Canadians. Rather, initiatives that give more power to political appointees to influence business investment decisions will encourage private-sector business to spend time and corporate financial capital lobbying those appointees for preferred treatment, paving the way for potential corruption and unfairness, while firms waste scarce resources.

Canada must improve the environment for private-sector investment. Whatever specific initiatives policymakers implement, Canadians, including politicians, must understand and acknowledge that all investing is risky and profits are the reward for putting financial capital at risk. Hence, government leaders should embrace, not demonize, successful business growth and robust corporate profitability.

This fundamental rethinking of the social benefits of business profits is arguably a precondition to any durable improvement in Canada’s investment environment in a post-COVID world.