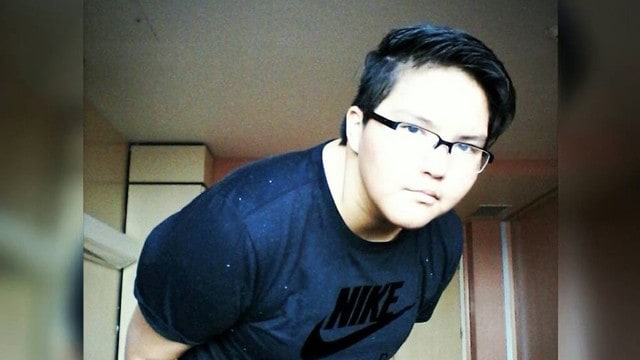 Tammy Keeash was first found by a church group of children playing in the park and when they looked closer they saw the 17-year-old had her pants around her ankles, APTN National News has learned.

This new information conflicts with Thunder Bay police working theory that there was no evidence of foul play says Keeash’s mother, Pearl Slipperjack.

“Something is going on here,” said Slipperjack Friday when first told of the new information by an APTN reporter. “It makes me so mad. Angry.”

Keeash had been missing for about a day when she was spotted by a child belonging to the Redwood Park Church who alerted the pastor, Jesse Hochstetler.

Hochstetler said Keeash was face down on heavy reeds several metres into the Neebing McIntyre Floodway around 9 p.m. on May 7.

“Her pants were around her ankles,” said Hochstetler Friday.

The church is about 200 metres from where Keeash was found.

A fellow youth group member with a paramedic background assisted Hochstetler and they walked out to see if Keeash was alive.

He said other than checking for a pulse on her neck, they did not touch or disturb anything else and called 911.

Hochstetler said at first glance it didn’t look like there was any water in the floodway but once they started walking the water came up to their shins as they pressed down on the thick reeds.

“It looked like she had been there for a while. She looked deceased,” he said. “There were no signs of life.”

APTN reported Tuesday that Slipperjack was told by police Keeash was just a few feet in the floodway and that she was only wearing one shoe.

Hochstetler confirmed that and said he saw a grey sneaker in a spot on the hill above the floodway along with a black baseball cap and empty alcohol bottles.

“I went back to the spot after the police cleared the scene and everything was gone,” he said.

Hochstetler said he gave a statement to police.

Police determined Keeash’s cause of death was “consistent with drowning” just days after her body had been found. Police also said they didn’t have evidence of foul play.

Acting deputy chief Don Lewis repeated again Wednesday that the evidence in APTN’s story had been examined and he didn’t believe anyone had harmed her based on the evidence.

APTN has put questions to Thunder Bay police based on the new information and hasn’t heard back.

Slipperjack gasped when she was told of the new information.

“Really?” she said. “The investigator didn’t tell me that.”

Slipperjack has always believed something more happened to her daughter but she is now convinced.

She’s also convinced of something else.

“If this was a white person they would do everything they could,” said Slipperjack of the Thunder Bay police.