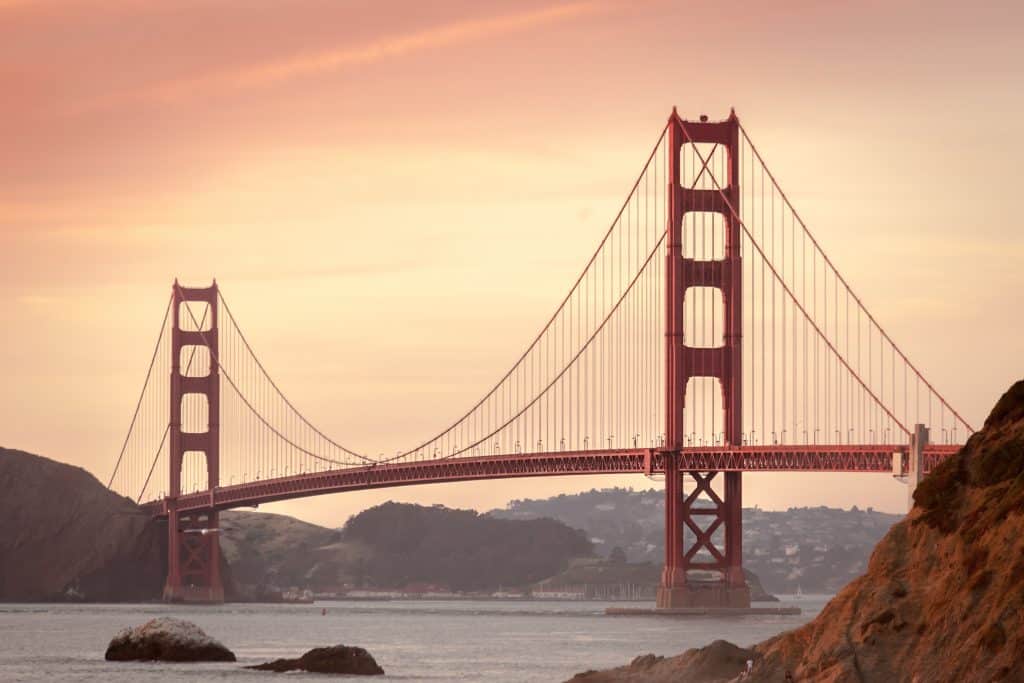 The jewel in the crown of the San Francisco Bay Area on America’s west coast, San Francisco has a reputation for progressive living and technological innovation, and was the highest ranked American city for livability in 2018. To those living in the area, San Francisco is normally referred to as ‘The City’.

Much of the region’s prosperity is generated by its proximity to Silicon Valley, the epicenter of the tech world, which has become one of the biggest contributors to the national economy in the past few decades. A host of tech giants call San Francisco home, including Twitter, Pinterest, Dropbox and Reddit.

The city’s tourism industry is another of its key strengths. In 2016, San Francisco welcomed around 25.1 million visitors to the city, helping to generate over $9.5 billion for the city’s economy. In addition to being a favorite for international visitors, the city remains in the top ten US cities for domestic vacations.

There is plenty to do and see around the city. Those who are already a little familiar with the area will be keen to visit the Golden Gate Bridge, a spectacular sight that can be viewed from a variety of awe-inspiring spots. Those wishing to get a little closer can walk or bike across the bridge, or even take a guided tour.

While in close proximity to the Bay, the next stop is likely to be the former island prison at Alcatraz, the top tourist attraction in San Francisco, and just a short ferry ride from Fisherman’s Wharf. Make sure your trip is organized beforehand, as there is just one ferry company, Alcatraz Cruises, which takes people to and from the island.

In the city’s Financial District, the 48-story futurist building known as the Transamerica Pyramid is the second-tallest skyscraper in the San Francisco skyline. When completed in 1972, the Pyramid was the eighth-tallest building in the world. Stop in to the tower’s visitor center for live-feed views from the top, and to explore the history of the Pyramid.

Those interested in the city’s role in the 1960s counterculture movement will be keen to visit the Haight-Ashbury area, just east of the Golden Gate Park. Head down Haight Street to soak up the hippie vibe and sample a mix of vintage clothing boutiques, record shops, bookstores, dive bars and casual, eclectic restaurants.

A few blocks north is the famous historical landmark of the Painted Ladies, an iconic row of Victorian homes well-known for appearances on movies, TV shows and postcards. Further north again, near Pier 39, is the city’s Chinatown area, the oldest community of its kind in North America.

Best known for year-round fog, cable cars and Victorian houses, San Francisco is one of the United States’ most unique and iconic cities.

Our accommodation provider of choice when staying in San Francisco is Zeus, offering a home of your own for business travel. Find out more by visiting www.zeusliving.com.