Destination London: one of the world’s best-known cities and a destination of choice for hundreds of years 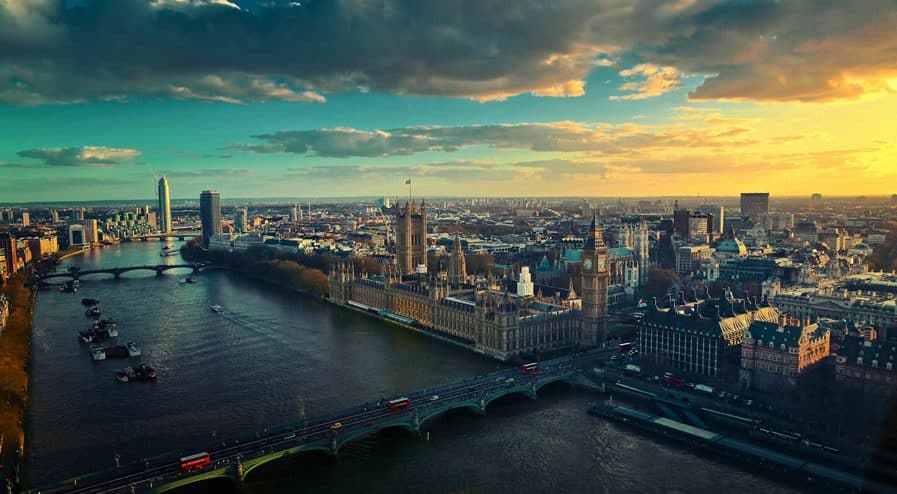 As one of the world’s oldest and largest cities, London has been a destination of choice for travellers across the globe for hundreds of years. Founded by the Romans as a major port, the banks of the iconic River Thames now play a major role in the city’s tourism and leisure industry, with London becoming one of the world’s most significant cultural cities.

A host of world-renowned authors, poets and playwrights have called the city home, most notably Dickens and Wordsworth, while the great name of William Shakespeare has long been synonymous with the Globe Theatre in Southwark. Great writers and artists have travelled from far and wide to be inspired by the city’s creative charms.

In the seventeenth century, London grew out of the ruins of the Great Fire and a devastating plague to become one of the world’s biggest financial centres. The central business district of the City of London represented the world’s primary business centre throughout the 19th century, and remains a major meeting point for global businesses today.

Boasting a population of around 8.7m spread across a modest 70km from east to west, London is counted amongst the world’s 30 biggest cities, and is considered the largest urban area in Europe. The city’s proximity to mainland Europe has ensured it has been a key player in European trade and economy for centuries.

London is the world’s most-visited city, and home to the world’s largest city airport system. After landing in London, visitors are instantly drawn towards the iconic sights of Westminster Abbey, Buckingham Palace and the Tower of London, but those who take the time to savour London and search out its lesser-known spots are significantly rewarded.

The Houses of Parliament in Westminster have been a tourist’s favourite for decades, along with more recent additions such as the spectacular London Eye on the Southbank, a giant Ferris-wheel built as part of the city’s millennium celebrations in 2000, and Europe’s tallest building, the Shard, which has dominated the city skyline since its completion in 2012.

The London Eye is the best way to experience London as a whole, offering an incredible 360-degree view of the city and instant visual access to London’s most famous landmarks. It’s not one for the fainthearted, however – the London Eye stands 135m off the ground, and once it gets moving, there’s no getting off until it’s made a full rotation.

There are few better cities than London to experience a full range of cultural activities. Take in a live gig at one of London’s many music venues, spend at day at the Tate Modern drinking in the very best in international modern and contemporary art, or simply head into the West End to take in one of any number of international shows and musicals.

The city caters for sports fans as much as theatre fans, and is home to some of the world’s most recognisable sporting brands. Premier League football teams Chelsea, Arsenal and Tottenham Hotspur are all situated within easy travelling distance of Central London, with the famous arch of Wembley Stadium a few miles further to the north.

If you decide on a day trip out of the city, you can experience the picturesque delights of the English countryside. Visit the prehistoric monument of Stonehenge, the royal castle at Windsor or the beautiful Roman city of Bath. Travel further afield and spend a day in the historic university towns of Oxford and Cambridge, or relax on Brighton Beachfront.

Once you’ve landed in London, we guarantee you won’t want to leave. If staying centrally, the entertainment options are endless. Check out the hustle bustle of Piccadilly Circus and Covent Garden, before heading onto busy Oxford Street for an afternoon of shopping. Finish the day by visiting a quiet bar in Mayfair or enjoying a lavish dinner in Soho.

For a taste of the most exciting cuisine the city has to offer, we recommend walking down to Somerset House on the Strand, where you can visit the recently-opened eponymous restaurant by Welsh chef Bryn Williams. One of the UK’s most exciting young chefs, Williams has crafted a gorgeous menu that caters for vegetarians and meat eaters alike.

Whilst you may be tempted to spend much of your time in Central London, heading a little further west will expose you to some of London’s slightly harder-to-find gems. The city is served by an exceptional transport network, but there really is no better way to experience London than on-the-ground, exploring its ever-changing and diverse streets.

Take the train to bustling Paddington Station and walk north along the canal, stopping off in Little Venice for coffee and a pastry. Meander to the east and you’ll reach leafy Regent’s Park, putting you in perfect proximity to the London Zoo, and a short walk from Baker Street, where you can be entertained at Madame Tussauds or the Sherlock Holmes Museum.

Let your momentum carry you a little further east, and you’ll find yourself at the beautifully designed British Library, a few short steps on and you’ll have reached King’s Cross St Pancreas International, where you can catch the Eurostar and be on the continent in a few short hours.

For those visiting the city for work, the Business Design Centre in Islington is one of London’s most popular conference and exhibition venues. Located just minutes from Kings Cross and within walking distance of Angel tube station, the centre provides a stylish and convenient solution for travellers’ business needs.

A quick hop on the tube and you can make your way quickly back west into Notting Hill. Before heading down towards the famous Portobello Road Market, you simply must stop for lunch at two-Michelin-starred The Ledbury, and treat yourself to innovative French fare in a relaxed and friendly setting.

From Notting Hill Gate, take a short walk into the stunning natural beauty of Hyde Park, rent a paddle-boat on the Serpentine River, or have a picnic at the Princess Diana Memorial Fountain, before making your way into Kensington to visit the Science and Natural History Museums and soak up a little more of the city’s diverse culture.

If you’re staying further west, there is no better place than the beautiful Royal Lancaster Hotel on the edge of Hyde Park at Lancaster Gate. This architectural icon offers spectacular views of London’s famous skyline, and has recently celebrated 50 years of service, earning itself a sterling reputation for exceptional hospitality.

If heading to the east, take the Jubilee Line out to the docklands area and walk amongst the towering skyscrapers of Canary Wharf, before jumping on the DLR to check out historic Greenwich, where you’ll find the Cutty Sark, the Royal Observatory, the National Maritime Museum and the Old Royal Naval College, now home to the University of Greenwich.

You won’t do all of this in a day. You probably won’t even get it all into a week. But one thing’s for sure, you’ll never find yourself faced with an empty day. Come rain or shine, there will always be a part of the city ready to welcome you with open arms. London’s vibrant, diverse and friendly culture permeates the entire city.

And here’s the really good news – these are just the highlights. There is so much to see and do in the city. It’s a place that’s perfect for families, small groups or individuals. There is a wealth of activities to keep you busy from the beginning of your stay right until the end. The truth is, you’re probably going to want to come back really soon.