As the third most populous city in the United States, Chicago is an international hub for finance, culture, commerce, industry, technology, telecommunications, and transportation. Known around the world as The Windy City, Chicago is located on the shores of Lake Michigan, one of the area’s five Great Lakes.

Chicago’s O’Hare airport is one of the busiest in the world, offering non-stop flights to 218 destinations in North and South America, Europe, Africa, Asia and Oceania. The Windy City is also known as the railroad capital of the US, with more than 1,300 trains carrying freight and passengers going in and out of the city each day.

Chicago boasts one of the world’s largest and most diversified economies, and is a key national player in a variety of sectors. Employing in excess of four million people, and generating an annual Gross Regional Product of over $609 billion, the city is home to more than 400 major corporate headquarters, 36 of which are in the Fortune 500.

The city’s McCormick Place Convention Center on the shores of Lake Michigan is the biggest of its kind in the United States. Comprised of four state-of-the-art buildings, the center offers 2.6 million square feet of exhibit halls, as well as two four-star hotels, the Hyatt Regency McCormick Place and the Marriott Marquis Chicago.

In 2012, the city’s Mayor launched a new tourism organization called Choose Chicago, with the aim of restructuring all tourism sales and marketing activities under a single agency with clear objectives. In 2018, Chicago tourism saw an all-time high of over 57 million visitors, making it second only to New York City as the most-visited city in the nation.

Chicago is well known for the architectural boom that rose out of the Great Chicago Fire in 1871, helping usher in the skyscraper era. The city’s Willis Tower, formerly Sears Tower, is the second tallest building in the Western Hemisphere. The tower’s skydeck on the 103rd floor is open to the public, providing spectacular views that span four states.

A highlight of any Chicago visit is a boat tour down the river. Wendella boats is Chicago’s original architecture tour, offering a range of distinctive narrated tours, all focused on the city’s rich architectural heritage and history, including a lake and river tour, sunset cruise, and summer fireworks tour.

The range of exciting tours around Chicago doesn’t stop there. Head to East Pearson Street in the city’s Magnificent Mile district and board the Chicago Crime Tours bus to escape into Chicago’s underworld on a crime and mob tour, exploring the lives of criminals such as Al Capone and John Dillinger, and visiting historic landmarks like the Biograph Theatre.

Sports are something of a big deal in Chicago. In the North Side community area of Lakeview is world-famous Wrigley Field, home to the Chicago Cubs and the second oldest baseball park in the Major Leagues. The city also homes the Cubs’ fierce rivals, Chicago White Sox, who play in southern area of Park Boulevard at Guaranteed Rate Field.

Equally important in the city’s sporting calendar is ice hockey, which sees the Chicago Blackhawks, one of the original six NHL teams, play at nearby United Center. The arena is also home to basketball team Chicago Bulls, which enjoyed a period of sustained success in the 1990s with world-famous players such as Hall of Famer Michael Jordan.

Chicago has long been at the forefront of American economic, cultural and political history, with a standing as one of the most dominant Midwest metropolises. 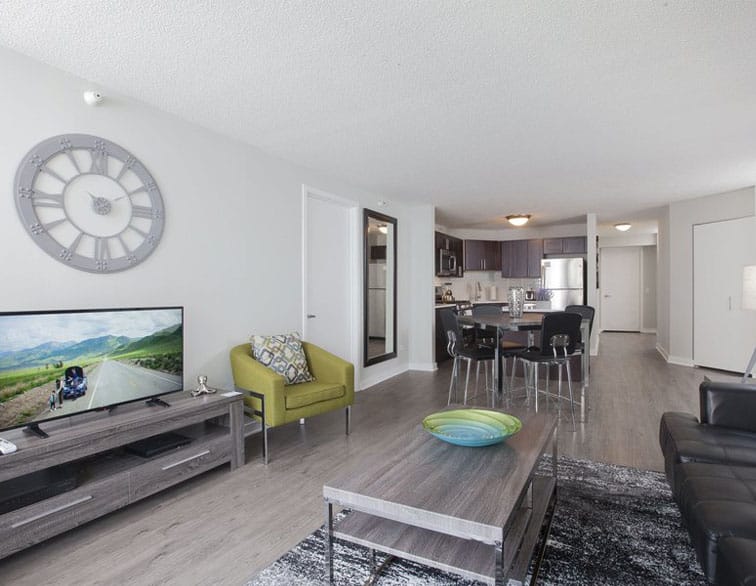 Our accommodation provider of choice when staying in Chicago is Stay Alfred, offering short or long-term stays right in the downtown core. Find out more at www.stayalfred.com.