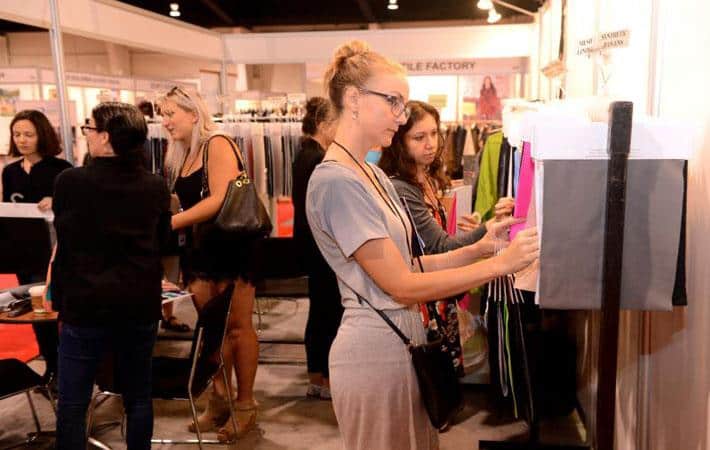 The Canadian apparel and textile industry got a boost this week with the announcement that the Apparel Textile Sourcing Canada (ATSC) show will double in size for 2018 and expand to include additional categories such as accessories, giftware, home electronics, footwear, luggage and housewares and general merchandise.

From August 20 to 22 at the International Centre in Toronto, close to 600 booths will line the show floor, featuring the latest and greatest in manufactured goods from more than 20 countries around the world, including Canadian-made innovations. As part of the event, the popular China Brand Show will be introduced to the Canadian market, occupying roughly one third of the exhibit space with a range of high-quality and environmentally-friendly “Made in China” goods.

The expansion into new categories is expected to attract visitors from a wide variety of industries, with more than 5,000 retailers, manufacturers, designers, buyers and business representatives anticipated to visit ATSC over the three days of the show.

“The growth of ATSC – which debuted in 2016 – is the result of increased interest among the Canadian public in manufacturing and importing apparel and textiles, as well as the general growth of international trade of higher-quality, ethically-manufactured products,” said Jason Prescott, CEO of JP Communications, ATSC producer and North America’s leading publisher of B2B trade platforms TopTenWholesale.com and Manufacturer.com.

As of mid-2017, imports of clothing, footwear and textile products in Canada amounted to approximately 17.5 billion Canadian dollars year to date, up four percent from the same period a year earlier.

“Toronto in particular has proven to be a hot spot for a show such as ATSC, with its residents originating from hundreds of different countries, a thriving retail and entrepreneurial environment and the economic strength of Canada in general being an attraction for industry players globally eager to do business in this country,” Prescott added, explaining that this year’s growth follows a 50 percent expansion of the show in 2017.

Explaining that new show features and offerings will take ATSC 2018 to the next level, Prescott said: “The introduction to Toronto of the China Brand Show, which has seen huge success in the U.S. after launching in 2002 in cities such as Los Angeles and Las Vegas, is a major feat for local businesses that are poised to benefit from making unprecedented connections and securing deals with top-rate international suppliers right on their home turf.”

Occupying an area of about 3,000 square metres, the China Brand Show will bring to Toronto more than 100 Chinese enterprises in 150 booths, covering the fields of light manufactured products and household electronics. “The diversified range of the commodities being showcased demonstrates the latest Chinese economic achievements and provides visitors with a rare opportunity to get familiarized with both China and Chinese brand products without the need to travel,” said Mr. Miao Huawei, Director, Trade Development Bureau of the Chinese Ministry of Commerce (MOFCOM).

In addition to exhibits from Canada and China, the event is expected to feature goods from Bangladesh, India, Pakistan, U.S., U.K., Turkey, Switzerland, Spain, Nepal and more. A major conference on topical industry issues will take place simultaneously on the show floor.

For 2018, the growth of the ATS brand has expanded to include a sister show in Miami this May, which will feature hundreds of apparel and textile manufacturers from around the world, with a focus on the changing Latin American market. A pavilion representing the Americas will also be presented, featuring products from countries such as Mexico, Guatemala, Honduras, Ecuador, Nicaragua and El Salvador.

ATSC is supported by many international governments and associations, including the Canadian Apparel Federation, the China Chamber of Commerce for Import and Export of Textile and Apparel (CCCT), Pro Mexico and the Bangladesh High Commission on behalf of the Export Promotion Bureau and the Bangladesh Garment and Manufacturers Export Association.  The China Brand Show is supported by the Chinese Ministry of Commerce (MOFCOM).