Human capital: The backbone of the economy 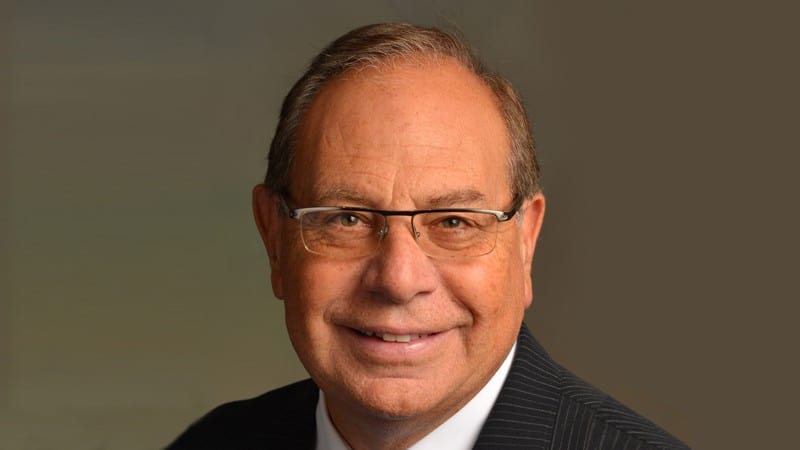 You have met Linda or someone like her. Linda has taken up a part-time job at the local retail store to supplement her small pension. She was having second thoughts. While she enjoyed the work and helping people, she also wondered if working part-time might affect her pension and whether she was paying more taxes than necessary.

She was seriously thinking about quitting. That would also mean that Joe, the owner of the hardware store, would have to recruit another salesperson at a time when getting help is particularly difficult.

Ahmed is in a different situation, in his mid-thirties, he has a great job in the federal government. He loves being challenged. The only thing is that Ahmed is bringing his work home with him at night—every night. He never turns off his device. His manager loves it. What’s not to love? She can count on Ahmed being available 24/7. Unfortunately, his family is not so happy with this arrangement and Ahmed himself is showing signs of stress and burnout.

It is because of people like Linda, Joe, Ahmed and others like them that the Chartered Professionals in Human Resources (CPHR) Canada embarked on a six-month-long reflection on key issues facing workers and employers.

Our analysis focused on four key issues that we believe require attention and action. We focused on psychological health and safety in the workplace and issues relating to diversity and inclusion. We also addressed labour market flexibility and labour scarcity.

According to the Mental Health Commission of Canada, mental health problems and illnesses cost the Canadian economy more than $50 billion per year in 2016. The benefits of formal mental health approaches in the workplace are well known. They cover employee engagement and creativity, financial performance, the ability to innovate and even the reduction of costs and risks associated with conflicts, absenteeism or employee turnover. So why are we not doing better?

Mental health is a complex issue but governments, employers and human resource professionals must act collectively to ensure workplaces are psychologically safe and healthy.

This includes allocating resources to proactively address harassment and incivility in the workplace; giving workers the right to turn off their devices when not required and introducing workplace programs to help employees deal with financial stress.

Canada is a global leader with the introduction of a national standard for psychological health and safety in the workplace. We urge that the standard be implemented throughout organizations of all sizes.

Turning to Joe’s challenge of filling Susan’s job, CPHR Canada found that too many organizations—big or small, have not seen diversity and inclusion as an opportunity to fill jobs in this time of worker and skills shortages. Simply put, organizations are missing out on its potential benefits. Women, persons with disabilities, Indigenous Canadians and visible minorities are underutilized in the labour force. The wage and parity gap must be closed and, according to Statistics Canada, a large part of the wage gap remains unexplained and may be attributed to gender bias. The unemployment rate among Aboriginal groups remains higher than in non-Aboriginal populations. The rapidly growing Aboriginal population across the country and in urban centres, means that initiatives to include Indigenous people in the labour market must be developed.

At CPHR Canada, we believe governments must strengthen initiatives such as professional training to support people marginalized from the workforce to find skilled jobs.

A lot is being said about the impact of economic and technological changes on work. This shift combined with growing social awareness and desire for work-life balance have led some employers to provide more flexibility in the traditional workplace such as allowing for non-standard schedules, remote work and performance-based wages. We know that job flexibility can have a positive impact on organizations by boosting productivity and employee satisfaction.

The flip side for us is that this trend does not eventually lead to job casualization—a tendency for paid work to appear increasingly characterized by uncertainty, low income as well as limited access to benefits and rights granted by the law. The line between standard and non-standard jobs is blurring. As an example, in 2018, there were nearly two million self-employed workers without pension and traditional benefits in Canada. In addition, non-standard work is often associated with precarious jobs due to the insecure nature of the activity and income and becoming less proficient over time.

Closely related to this issue is the rise of digital work and the development of the platform economy, linked to the gig economy—all issues that deserve better understanding.

The good news is that the federal government is aware of the problem. Last year, it set up an expert panel on modern federal labour standards tasked with the job to make recommendations on labour standard protections for non-standard workers. We will be watching the government’s next steps with interest.

We are keenly aware that skills shortages are negatively affecting organizations of all sizes. The problem is even more acute in regions outside large urban centres. According to the Canadian Federation of Independent Business, the job vacancy rate is between 2.4 and 2.5 per cent for companies with more than 100 employees and between 2.7 and 3.5 per cent for companies with 20 to 99 employees. The smallest employers, companies with fewer than 20 employees, have a vacancy rate between 4.7 and 5.4 per cent.

As a result, some companies are unable to meet current demand. Some are postponing their expansion plans. Quality is suffering and competitiveness is declining. We fear the problem will only deepen over the next decade with fewer people available for work. Human capital is a cornerstone of the economy and there is an urgent need to strengthen solutions to counter labour scarcity.

Immigration is part of a solution but will not on its own solve the problem. In 2016, the Advisory Council on Economic Growth recommended accepting 450,000 newcomers to Canada as of 2021. In 2018–2019, 313,600 immigrants were admitted to Canada. That number would have to increase 30 per cent to meet the Council’s recommendation.

We believe the federal government can and should improve the immigration system with a more strategic link between the needs of organizations and the skills of newcomers. Canada’s capacity to attract the best talent also depends on the efficiency of the immigration system. Complex processes could discourage the best candidates from choosing to live in Canada.

Offering a path toward permanent residency for foreign students is a sustainable strategy. While not all foreign students come to Canada to stay, the fact remains this group is composed of ideal candidates—educated in Canada, they speak the language and they have forged ties. These are key conditions for success.

Finally, extending the working life of skilled workers over 55 years of age must be made a part of the solution. We need to make sure that recently introduced measures, such as exempting gains from the Guaranteed Income Supplement, are achieving the objective set out to retain skilled workers. We also strongly believe a culture of continuous training and skills development should be a standard in today’s economy.

When I think back to the challenges facing Linda, Joe, Ahmed and his family, I am reminded that issues we see as having national economic importance also have a direct bearing on the lives of individual Canadians. Simply put, steps to address the issues we are raising can improve Canadians’ financial, physical and emotional well-being.

From this perspective, five overarching recommendations should be addressed as a priority.
They are:

While we do not claim to have all the answers, we hope the paper to be published this Spring will spark a dialogue for progress. We know that policy makers, academia, employers, labour unions and human resource professionals need to work together to ensure Canadians are prepared for and are adapting to a changing workplace requiring new skills and facing fundamental shifts in markets and technologies.

We all have important roles to play and I would like to hear from you as the dialogue grows.

Anthony Ariganello is the CEO of Chartered Professionals in Human Resources (CPHR). To learn more about these issues or for a copy of the paper Human Capital: four priorities for sustainable economic performance in Canada, please visit cphrcanada.ca.