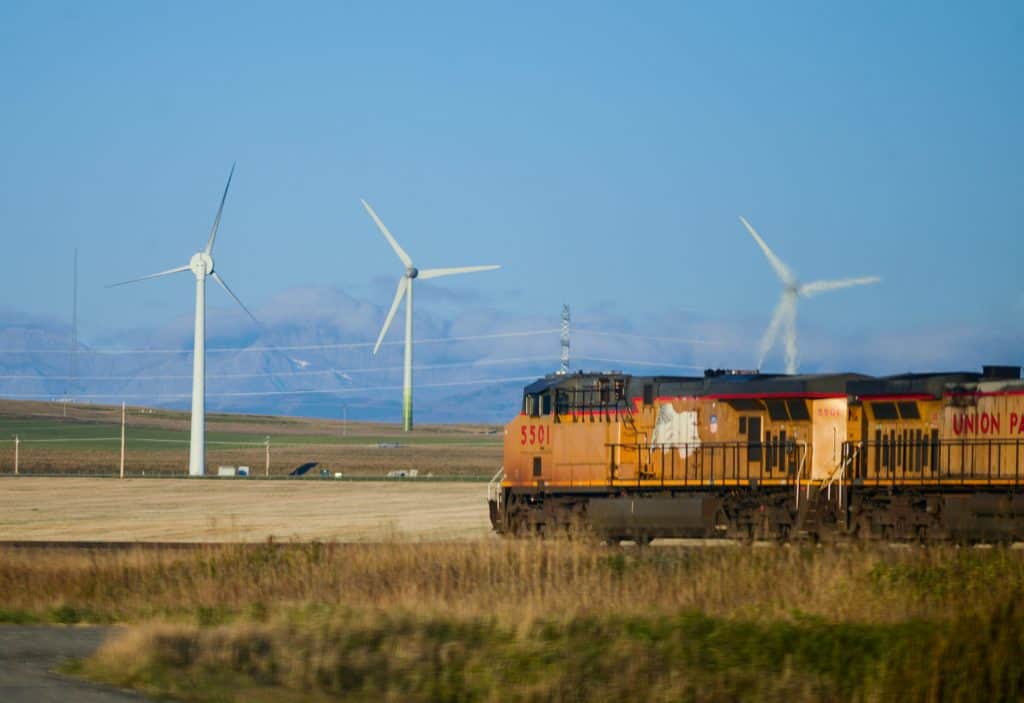 For the better part of a century, Alberta’s natural-resource endowment has created wealth, driven GDP, and financed public services that underpin the province’s enviable quality of life. And while I’m of course referring to the resources found underfoot, the province is presently writing a new and different chapter in its energy prosperity story—one in which the sky is quite literally the limit.

Wind energy has been a fixture of Alberta’s landscape since the first ranchers harnessed the breeze to pump water up from deep aquifers. Alberta is currently Canada’s third biggest wind market, following Ontario and Quebec, and it’s about to get a lot bigger. In the coming years, a wave of wind development will bring literally billions in investment to the province, as developers in partnership with landowners and communities build a network of new
facilities to reliably, responsibly, and cost-effectively deliver the clean power that the province needs.

The development companies, many of them members of the Canadian Wind Energy Association (CanWEA), will further diversify the province’s energy mix. They will inject fresh life in rural economies. But while Albertans are no strangers to energy development, many of them are of course wondering: What will this new era mean for Alberta? What will wind energy contribute?

To answer that, it helps to know a bit of the back story.

Alberta may not yet be known for its wind resource, but it is actually one of the finest in the country. In fact, the wind industry traces its Canadian roots to the province. Turbines began turning at one of Canada’s very first commercial wind farms, Cowley Ridge, about an hour west of Lethbridge, back in 1993. And though that facility was decommissioned a couple of years ago, wind farms now provide a respectable 1,479 MW worth of generating capacity in the province—and produce enough power to light up more than 600,000 homes.

As I’ve hinted above, the potential for more has always been there. Now, however, a mix of technological evolution and new policy frameworks is allowing Alberta to capitalize on this latent opportunity. In May 2016, the provincial government decided the time was right to phase out coal power. The Government of Alberta set a goal that by the year 2030, renewable electricity will provide 30 per cent of all electricity used by Albertans.

Having set an ambitious target, the government sprung into action.

It immediately launched a highly competitive power auction, inviting bids from private developers to build 400 MW of new renewable energy capacity in the province. Dozens of companies from across Canada and around the world participated, all vying for the chance to deliver clean and renewable power to Alberta’s grid. In the end, a trio of successful proponents—Edmonton-based Capital Power, EDP Renewables, and Enel Green Power Canada—will deliver 600 MW to customers via four wind farms.

But the real headline was the rock-bottom price. These proponents have signed contracts to deliver renewable energy at a weighted average price of CAD$37 per megawatt hour. The auction proved that wind is now the most cost effective choice for new electricity from any source in Canada, including natural gas.

How did that happen? Credit innovation. Turbines are getting bigger—and the taller the turbine, the longer you can make the blade, which means you can harvest more energy from the same site. Combine that with lightweight materials, big data, and systems that allow finer control and utilization of the resource, and the costs have fallen.

In November 2017, Lazard’s Levelized Cost of Energy Analysis found that between 2009 and 2017, the levelized unit energy cost of wind power in the United States dropped a stunning 67 per cent. That study, and the auction in Alberta, set to rest once and for all the myth that renewable energy will never compete with fossil fuels on price.

Knowing that the price is right, with the first auction done, the Province of Alberta began moving ahead with a second and third auction. The gavel will fall on both before the end of this year. In setting a strong goal—and following through—the government has captured the attention of the wind industry around the world.

Wind energy is truly a global industry; companies are constantly deciding where to allocate capital. In my view, Alberta has done an outstanding job signaling that it wants to be a priority destination for some of that investment. A report by the Delphi Group has crunched the numbers, and according to its estimates, delivering on the province’s “30 by 30” goal will bring investment in wind generation totalling $8.3 billion to the province. On the ground, by the year 2030 this will yield:

• $3.6 billion in local spending on project development and construction;
• $137 million in operations and maintenance spending in Alberta;
• 14,862-person- years of direct employment;
• $25.5 million in municipal property taxes and $13.5 million in land lease payments to Alberta landowners, as well as opportunities for local business.

Further, new innovations have resulted in turbines that are able to capture wind energy at lower speeds, which we expect will open up significant new areas of the province to development—including those along the border with Saskatchewan. Many rural communities are keen to see if they can capitalize on this opportunity.

From an oil-and- gas perspective, wind energy is perhaps a new way of looking at natural resources. But we need only to look south to see how the two industries can complement one another.

Texas, still the epicentre of the United States petroleum industry, now leads that nation in wind energy by a wide margin. It presently has an impressive 22,637 MW of installed wind energy capacity – more turbines and towers on the grid than the three runner-up states combined.

Around the world, wind has emerged as the technology of choice to deliver new low-cost and non-greenhouse gas emitting utility scale electricity. It delivers the best bang for the buck, and the “fuel” is renewable and free. Of all Canadian jurisdictions looking to capture the opportunities of this global boom, Alberta is now the most focused. Just as the province has long reaped the rewards of its natural resources, it can now responsibly and
reliably capture the benefits of the wind that has blown across the prairie for eons.

Robert Hornung has been President of the Canadian Wind Energy Association (CanWEA) since August 2003. He represents the interests of more than 200 companies who are Canada’s wind energy leaders – wind farm owners, operators, project developers, manufacturers and service providers; and a broad range of service providers to the industry. Robert also serves on the board of the Global Wind Energy Council.