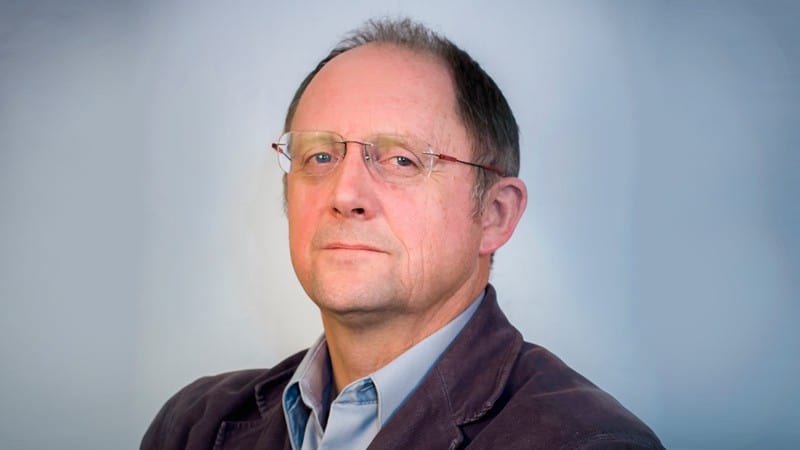 The seed industry contributes over $6B annually to the Canadian economy and is critical to the success of Canadian agriculture. The agriculture and the agri-food sector accounts for 1 out of 8 jobs and 6.7% of Canadian GDP. For the last half century, plant breeding innovation has made a substantial contribution to the productivity increases that have kept Canadian agriculture internationally competitive. Over the next 50 years, the relative importance of seed to the performance of Canadian agriculture will almost certainly increase. However, to precisely what degree will depend upon a number of factors. These include whether a new regulatory and institutional reform initiative, recently proposed by a consortium of seed industry associations, gains traction with key stakeholders and governments.

At its core, the initiative proposes new ways for industry and government to work together to accelerate plant breeding innovation and agriculture sector growth in Canada. They are outlined in detail in a paper available on the consortium website, entitled Next Generation Seed System in Canada. It proposes: improvements to intellectual property protection for plant breeding innovation, convergence of Canadian biotechnology regulatory principles and procedures with those of key international trading partners, a modernized “single window” regulatory framework for seed and the creation of a new national seed organization,  accredited by government to deliver the national seed certification program and other regulatory, professional development and seed system services.

To fully appreciate the challenges and opportunities currently facing the seed and agriculture sector, it is useful to reflect briefly on how we got to where we are today. Conventional plant breeding delivered improved varieties for farmers throughout the 20th century.  Yield increases averaging one percent per year were common; often it was more.  Plant breeders effected changes in plant architecture, grain to stem ratios, insect resistance, disease tolerance, quality and shortened maturities to increase the quantity and value of crop production.

In the 1990s, the first “genetically-modified” (GM) varieties were commercialized, soon followed by civil society anti-GM food campaigns, centered mainly in Europe. In recent years, gene editing has grabbed headlines and raised hopes for a new wave of biotechnology driven improvements – with broader acceptance and perceived societal benefits than their predecessors. Over the same period, private sector investment in plant breeding has become a key innovation and profitability driver for a Canadian agriculture sector that was once dependent almost entirely on the public breeding institutions and programs that trace their roots back to the beginning of the last century. Consequently, within Canada there are now two rather different seed supply and innovation chains.

One is the canola, corn and soybean seed supply chain, where the private sector provides most of the new varieties. The other is the cereal and pulse crop seed supply chain where the public sector provides most of the new varieties. These two supply chains are different, with the former being characterized by either hybrid crops and/or crops using modern biotechnology based breeding techniques and supported by very effective intellectual property protection (IPR). In the cereals and pulse crops there is less effective IPR and the self-replicating nature of these crops have a significant effect on plant breeders’ returns, since farmers more often save part of the harvest for planting the following year’s crop. As a result investors returns are significantly less than if new seed was purchased and royalties paid annually. Developing a strategy that will offset the farm saved seed effect in these crop types and channel more private sector investment into the cereal and pulse seed sectors is therefore critical to future growth.

It is useful to note that the politically charged regulatory environment of the late 90s and early 2000s resulted in the big 6 (now 4) multinational seed-chemical companies dominating the market for profitable GM canola, corn and soybean seeds. Only they had the deep pockets to navigate the increasingly difficult and challenging path to regulatory approval in multiple jurisdictions and markets simultaneously. Many smaller competitors were either locked out or bought out. The public plant breeding institutions that continued to supply most of the new cereal genetics in Canada (through networks of mostly grower owned domestic seed companies) avoided GM technology due to costs and regulatory uncertainties. This served to exacerbate the already pronounced innovation gap between the cereal and pulse and the canola, corn and soybean supply chains.

During this same period, the development of “GM sensitive” markets, principally those of the EU and like minded countries, as well as “slow to approve” markets like China, resulted in a range of market access challenges leading to access delays, disruptions and increased costs.  Ten years ago, Canada lost its EU flax market, worth over $600 million per year, when low levels of Triffid flax were found in export shipments. Triffid was a GM variety bred for tolerance to a class of herbicides that had been approved in Canada but was pulled from the market in 2001 over fears that it could disrupt export markets.  Tonnes of certified seed produced in anticipation of commercialization were destroyed but 8 years later a few stray genes almost destroyed Canada’s flax industry.

The overall effect of the Triffid case was a chilling one and extended beyond flax to the entire export dependent crop production and bulk handling value chain. Reinforced by a series of lesser known near misses in other crop types, this case served as a constant reminder of the risks of domestically driven plant breeding innovation commercialized without due consideration to foreign market regulatory approvals. Today, however, there is renewed interest in the potential of new targeted gene editing based breeding technologies, despite continued uncertainty over their regulatory status on many markets (i.e. GMO or not). The newest technologies are in many cases ,relatively inexpensive to deploy and are more suited for use by small, medium and public enterprises. They thus hold the promise of a much broader distribution of opportunities and benefits.

In fact, it is hard to imagine a sustained influx of significant private investment flows into cereal and pulse seed innovation in Canada that isn’t driven at least in part by the application of new breeding techniques to new varietal development. To mitigate market access issues stemming from the potential absence of or delays in foreign market approvals for those new varieties, domestic identity preservation segregation systems strategies will be of critical importance. Such systems often begin with seed certification.

Seed certification is, almost by definition, traceability.  Breeder seed of a known variety is planted, produces plants that set seed and those seeds are planted to produce yet more seeds; some crop kinds are multiplied for three generations, others for six or more.  But at the end of the day, a certified seed lot can be traced back by the certification authority to each generation before it – location of production, grower, seed quality test results – right back to authentic Breeder seed.  But our seed certification system needs to be modernized and fully digitized if it is to fulfill its potential as a foundation for the kind of traceability system hub envisioned here.

Distributed ledger technologies (DLTs, of which blockchain is perhaps the most well know) are the latest buzz in the world of information sharing and hold great promise across many industries.  Supply chains are increasingly moving to DLTs and Canada’s seed sector will need to be there too. Initial pilots have generated positive results and its is clear that future tracking and tracing systems will almost certainly need to be designed with this technology in mind.

So where do the Next Generation Seed System proposals fit in?  To begin with, they lay the foundation for a comprehensive, officially and internationally recognized traceability system supported by a stakeholder run national seed organization and enabled by a major government regulatory agency. This in turn provides participants with an enhanced ability to access premium markets and more efficient collection mechanisms for intellectual property royalties.  The development of these systems will require institutional and regulatory frameworks that can channel private investment in support of market driven outcomes.

To date, the Canadian Food Inspection Agency (CFIA), has been receptive to the industry’s Next Generation ideas and is targeting to develop a preliminary seed regulatory modernization proposal for consultation by the Fall of 2020, that is informed by them. This could potentially lead to the introduction of a regulatory amendment package by as early as the Fall of 2021, with potential implementation in 2022. In parallel, the six seed industry associations that make up the “Seed Seed Synergy” consortium have begun merger discussions with a view to developing  concrete proposals for a new National Seed Organization. These proposals could be presented for member and government consideration as early as July 2020. While ambitious, the current timelines reflect the growing consensus and sense of urgency around the need for a new regulatory and operational paradigm; one that encourages industry leadership and investment and allows government to play a more effective enabling and oversight role, in a highly regulated and increasingly complex international and domestic market place.

Glyn Chancey is the Executive Director of the Canadian Seed Growers Association (CSGA). Find out more by visiting www.seedgrowers.ca