Trudeau survives, barely. So… what’s next? 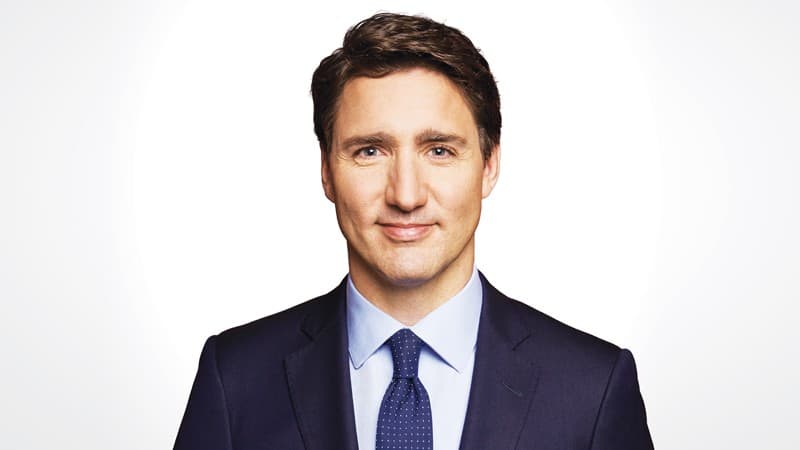 Canadian Prime Minister Justin Trudeau, who appeared as the country’s next great hope back in 2015, came perilously close to being pushed out of office after a single term. Barely managing to retain his PM title after the contentious 2019 federal election in October, voters stripped away 20 parliamentary seats from his Liberal Party of Canada, leaving the progressive prime minister to lead with a minority government.

The tight race has spotlighted a huge rift in Canadians’ collective support for the Liberal’s sweeping transformational policies. The seemingly divided country now finds itself caught between the competing liberal interests of heavily populated urban centres and the conservative concerns of the prairie provinces. Attempting to appease all sides during his four years as PM, Trudeau has sown deep seeds of disappointment while struggling to fulfill those inspirational campaign promises. His messianic image has also taken a beating after being pummeled with scandals. He will take these battle scars into the next phase of his term.

Although Trudeau has made advancements in many areas, he has been heavily criticised for failing to mend relationships with indigenous communities, take meaningful action on environmental issues and strengthen infrastructure for public transport, rural communities and affordable housing. Regional divisions are growing more intense, creating a rising tide of polarising politics that have left many floundering for a clear direction after the results delivered 121 seats to Andrew Scheer’s Conservative Party (CPC).

The divisive decision has everyone wondering what’s next for the country and if the liberal saviour has more style than substance. Trudeau losing majority control of Parliament certainly makes governing Canada more difficult. With just 157 votes, the PM will need to carefully prepare his strategy for implementing the party’s new priorities for the next session of Parliament. In the wake of a tainted reputation and growing frustrations in the West, Trudeau’s biggest hurdles moving forward are finding common ground with rival party leaders and cultivating cooperation from the divided provinces.

Just four years ago, the Liberal Party set records for its dramatic election results, unexpectedly sliding from third place in the House of Commons into the majority with 184 seats. Captivated by the chance to lead with the principles of compassion and cooperation, Canadians decisively embraced the bold ideas the Liberals were touting to achieve real change in social justice, election processes, economic development and environmental sustainability.

The landslide victory gave the left-leaning centrists enormous power to create a new vision for Canada. Trudeau swept into his first term emboldened. He quickly made a powerful statement on equality by appointing ethnically diverse ministers to the country’s first gender-balanced cabinet. Other victories include legalising recreational cannabis, granting asylum to more than 50,000 refugees and favourably renegotiating the North American Free Trade Agreement with America-protectionist Trump.

In fact, Trudeau’s administration has achieved the highest follow-through rate on campaign vows in 35 years, concludes the independent report “Assessing Justin Trudeau’s Liberal Government: 353 Promises and a Mandate for Change.” As of September, the PM had kept 92 per cent of his pledges to push growth on issues as varied as strengthening international relations, investing in sustainability and repairing relationships with indigenous citizens. Overall, Trudeau has fully fulfilled 53.5 per cent of his 2015 vows.

Despite these successes, the PM’s approval rating rapidly plummeted during his last two years, dropping from 60 per cent to just 31 per cent right before the election. Voter support for the Liberal Party fell marginally short of capturing the popular vote by just 1.3 per cent, signaling a significant departure from its previous record-breaking approval. Although Trudeau has abandoned only 8 per cent of his pledges, he has battled heavy attacks over unfulfilled promises, many of which were at the core of his most transformative issues. The $29 billion deficit that surged in 2016 and 2017 was triple the amount promised on the campaign trail. The controversial decision to drop the election reform project completely overshadowed his major overhaul on the Senate appointment process to ensure a less partisan House.

Numerous scandals have also widened the disconnect between his actual achievements and perceived failures. An insider by birthright as the son of former PM Pierre Elliott Trudeau, his moral character has been repeatedly questioned for practising status-quo politics when he vowed to do politics differently. Amongst the most damaging events are the two reprimands from the Parliament’s ethics commissioner, first for a conflict of interest violation while on a family vacation and later for intervening in the SNC-Lavalin bribery case.

Trudeau’s character as a social justice warrior was further tarnished during the election campaign when photos emerged of his numerous blackface costumes. While many immediately casted him as just another symbol of the conventional politician, his supporters willingly accepted his apology for “hurting those who thought I was an ally.” A vital endorsement from Barack Obama, released just five days before the election, reassured the public that Trudeau is the “hardworking, effective leader” they believe him to be. Described by the National Post as an “election grenade,” Obama’s pivotal tweet also praised Trudeau for his “progressive leadership.”

Perhaps the most dangerous threat to Trudeau’s brand of progressive politics is the hate-filled polarisation rapidly sweeping across the nation. Protected by strict election processes and media regulations, Canada has yet to plunge into the acrimonious chaos swirling around America and Europe. However, this year’s election revealed more than stark ideological differences. Whether politicians debated the merits of oil pipelines or carbon taxes, the shady overtones of xenophobia and racism simmered beneath the surface.

The revealing of deep-seated sentiments that deviate from the country’s carefully cultivated reputation for tolerance and consensus intensified the animosities between those who tilt liberal or conservative. As is the growing global trend, the parties slugged it out over social media, digging up damaging dirt and launching hashtag attacks like #scheercuts and #TrudeaulessTuesday. The ugly campaign featured a slew of hate-filled posts that cost numerous candidates their race in the polls.

Most forecasts doubted that the Conservatives could pull off a majority win, but CPC leader Andrew Scheer now directs the second-largest voting bloc in the House. The party not only jumped from 95 to 121 seats but also unexpectedly captured the overall popular vote. Alberta and Saskatchewan are currently governed almost exclusively by Conservatives, proving there is a deeper dissatisfaction among Western Canadians than the polls uncovered.

The sudden support for moderate policies has grown alongside rising frustrations throughout the vast prairie regions. Residents, who rely on the oil and gas industry, blame the alienation and imbalance of power for contributing to the local economic hardships since prices tanked in 2014. Conservative policies may have resonated with the sparsely populated provinces, but centrist voters never warmed to Scheer’s subdued persona or regressive views concerning abortion, climate change, social services and corporate taxes.

Canadians also resolutely rejected Maxime Bernier’s brand of toxic racism and far-right policies. His People’s Party of Canada (PPC) spiraled into a frenzy of white identity politics that stands behind assimilation to enrich Canadian society, rejects the science of climate change and disposes of subsidies for green technology. Despite running a full slate of candidates, the PPC was ejected from the decision-making table after just a year in power.

Another complication is the resurgence of the controversial separatist movement in Quebec. Led by Yves-François Blanchet, Bloc Québécois gained ground in the House with a 22-seat increase by shifting its focus from secession to progressive environmental measures. The right-leaning party sent ripples through the multicultural nation earlier this year by banning civil servants from wearing religious symbols.

Weaving compromise across the great divide

Canada might look like a divided country after the election, but Trudeau passionately champions many of the same issues that voters, across party lines, made clear they care about.

The middle is a contentious place to sit though. It is impossible to please everyone, and the irritated voices are growing louder. His mission becomes significantly harder with the backing of a minority government. Since the Liberals now occupy less than half the seats in Parliament, to get his signature policies pushed through, Trudeau will only be able to rally support from other party leaders by compromising on their demands. The natural ally is Jagmeet Singh, the enigmatic leader of the NDP, who shares overlapping concerns. The NDP may be down in voting power, but the party can leverage its 24 votes to pull Trudeau left of centre on its key issues. The NDP is refusing to budge on getting real commitments on government-run pharmacare, and taking concrete steps to tackle the climate crisis.

Although Trudeau asserted in 2013 that he is “completely closed to any sort of cooperation with the NDP,” he now recognises that it’s “a time where we see some very different perspectives across the country that need to be brought together.” Moving forward, Trudeau has promised to concentrate on “making life more affordable” with middle-class tax cuts and housing solutions. A national pharmacare programme, net-zero carbon emissions and gun safety are also at the top of his priority list.

Trudeau will get blowback as he tries to balance natural resource development with environmental protection. The stickiest standoff centres around the Trans Mountain Expansion (TMX) pipeline project to extend the existing oil line from Alberta to Vancouver. The government’s $3.4 billion purchase from Kinder Morgan has become a divisive issue on all sides, yet it is a decision that Trudeau staunchly supports. He not only reaffirmed his administration’s commitment to the controversial choice but also supports four more pipeline projects in the western energy-producing provinces.

The NDP and Bloc have vowed to oppose any oil pipeline development. The move has also enraged environmentalists and damaged relationships with the indigenous communities he vowed to protect. Conservatives, who fiercely oppose Trudeau’s climate change policies as a major threat to the energy industry, have accused him of buying the pipeline to kill it. The more likely scenario is that he will dangle the project as a carrot for stronger commitments on his environmental strategies. With constituents who desperately need the economic boost, the Conservatives may have to settle for a more centrist compromise on the national carbon tax.

With his November cabinet appointments, Trudeau proved he is ready to throw serious effort into unifying the country. One of his most trusted cabinet members, Chrystia Freeland, will shift focus from running point on international affairs to managing intergovernmental relations. Trudeau sees her diplomatic negotiation skills as his biggest asset in addressing the rising domestic rumblings. Freeland told reporters that she is listening to the message that the West sent during the election.

Trudeau has also spent time meeting directly with party leaders and premiers in Saskatchewan, Manitoba, P.E.I. and Ontario in an attempt to find common ground. The tone of the outreach meetings has been described as conciliatory with everyone vowing to concentrate on “respectfully and collaboratively” developing shared priorities in areas where they agree, such as job creation, infrastructure and healthcare. Ontario Premier Doug Ford linked the deepening regional divisions to the economy, noting that without certainty in national unity, businesses will choose to invest in other areas.

While true unity may not be possible, finding common ground is essential to stemming the growing divide. Success will be determined by which points each party is willing to concede in the upcoming negotiations.