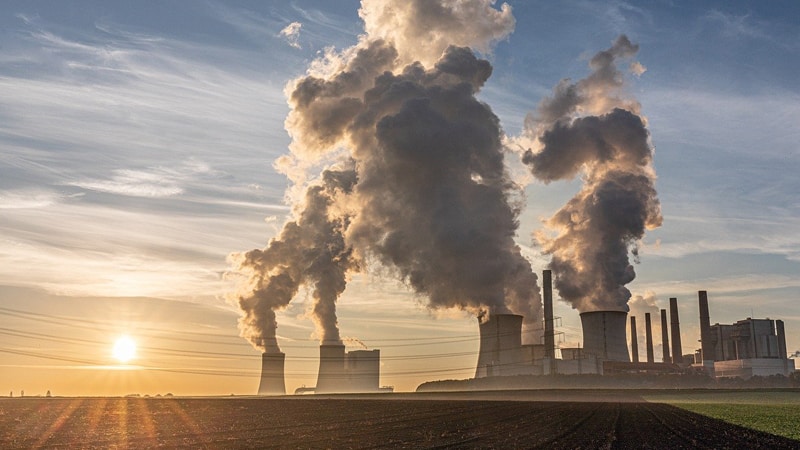 The task of tackling climate change is mammoth. It requires an ‘all-in’ approach among Canada’s business leaders, governments, and the clean tech industries. But done right, not only can we mitigate environmental catastrophe – we can drive economic growth by building a sustainable green economy and leveraging our unique position as a global leader in clean energy.

It is no exaggeration to say that the future of our planet resides in the palms of today’s business and political leaders. We are all too aware that we are running out of time to mitigate catastrophe before it is too late. While climate change must be addressed through a global approach, Canada must act now if it has a chance of reaching its goal of net-zero emissions by 2050.

Reducing our carbon footprint is a key challenge for corporate Canada. As a nation we face unique challenges and opportunities. We have one of the highest energy consumption rates per capita in the world – and we are warming at twice the average global rate. The backbone of our economy is built on natural resources, with fossil fuels currently serving 80 per cent of all energy needs in Canada. Oil and gas represented around $105 billion in GDP in 2020, but it also accounts for a large share of Canada’s emissions. Meanwhile, analysis by Royal Dutch Shell projects that global energy demand will triple by 2050. And we still face significant challenges with many of Canada’s 170 remote and Indigenous communities being ‘off the grid’ and forced to rely on costly and high-emitting diesel.

The task ahead is mammoth – but there is a proven path

We have a monumental task ahead. One that requires a massive energy system transition leveraging the full mix of low-emitting energy sources if we are to be successful. There is no perfect – or easy – solution. But there is a proven viable path. And the reality is that we have no choice but to pursue that path if we have a chance of mitigating climate catastrophe.

That path must include all viable clean energy technologies, and that means renewables working together with nuclear.

It’s hard to fathom the extent of global scientific research that has gone into helping understand the path to fight climate change. Based on that research, scientists, governments, environmentalists, and climate change experts across the world have concluded over and over that it is just not possible to get to net zero without nuclear in the mix. This is a fact, not an opinion.

Nuclear energy is a clean, energy-dense, carbon-free, reliable energy available around the clock.

Nuclear power produces less CO2 emissions over its lifecycle than any other electricity source, according to a recent report by the United Nations Economic Commission for Europe (UNECE). The commission found that nuclear power has the lowest carbon footprint measured in grams of CO2 per kilowatt-hour (kWh) compared to any other electricity sources – including wind and solar.

Nuclear is also the most land-efficient means of producing clean energy; at least 15 times more efficient than renewable sources like wind and solar. And it serves as one of the most affordable electricity sources worldwide.

As someone who spent much of my career in renewables, I am a true proponent of maximizing the full potential of solar, wind, hydro and other renewables. But the fact is that 20 years ago, when I started in the renewables sector, 36 percent of the world’s electricity supply was non-emitting. Today – two decades later and following huge investments ramping up wind and solar – we’re still at 36 per cent non-emitting electricity on the world’s grids. We just cannot get to net zero through renewables alone.

There is significant focus on the role SMRs (small modular reactors) must play, leveraging innovative technology for safe, cost-effective small-scale fission reactors that can be built in factories and easily transported on-site. Not only do SMRs provide clean electricity, but they can also play an integral role in decarbonizing Canada’s heavy industry, including the oil and gas sector that represents such a significant part of our economy. And they can serve small or remote communities, including the many Indigenous communities that currently rely on diesel. Unlike most renewable energy sources, they can also provide high-density, zero-emission energy around the clock.

Nuclear contribution to a green economy

The nuclear industry contributes over $6 billion in revenue annually in Canada and represents 76,000 jobs. But we have only scratched the surface of its potential to drive economic growth. The projected growth of the nuclear industry means an early leadership position for Canada in SMRs. According to the SMR Roadmap, the estimated total global export potential of SMRs is approximately $150 billion per year for 2030 to 2040.

Nuclear is decarbonizing the world

Nuclear is the only technology that has achieved deep decarbonization of entire economies in adequate timeframes. Places such as France, Sweden, and the province of Ontario have been able to decarbonize their electricity grids and limit or phase out coal generation thanks to nuclear.

Roll-out of investments in nuclear across the world

Several countries have recently announced significant investments in nuclear technology as part of their net zero path, including $200 million in SMR investments in the UK, $1 billion in France, and $2 billion in the U.S. This is on top of the $6 billion the U.S. has committed to reinvest in existing reactors and the billions that will be invested in France’s plans to build new large reactors. Meanwhile in Canada, Ontario Power Generation (OPG) just announced it will work together with GE Hitachi Nuclear Energy to deploy a small modular reactor at the Darlington new nuclear site, with completion as early as 2028.

Creating clean electricity will be a key component of Canada’s path to net zero. The International Energy Agency (IEA) projects that electricity generation will be about 2.5 times higher in 2050, stating that “Spreading the use of electricity into more parts of the economy is the single largest contributor to reaching net-zero emissions.” Nuclear is one of the largest producers of clean electricity around the world and in Canada, and already accounts for about 15 per cent of Canada’s electricity. But it has the potential to do so much more.

There is increasing focus on how the hydrogen economy will be a critical part of our clean-energy future. The Hydrogen Council estimates that by 2050 hydrogen will represent 18 per cent of the energy delivered to end users, avoid 6 gigatonnes of carbon emissions annually, enable U.S.$2.5 trillion in annual sales, and create 30 million jobs globally. When hydrogen gas reacts with oxygen it releases clean energy, and the only by-product is pure water. Like SMRs, hydrogen has the potential to help Canada transition remote communities away from high-emitting diesel and to decarbonize heavy-industry operations, transport, and community infrastructure. Today, almost all hydrogen comes from high-emitting fossil fuels. However, nuclear technologies make hydrogen gas a more practical fuel for a carbon-free energy system. Economical production of hydrogen would usher in a new era of hydrogen-powered vehicles that would create no more emissions than walking.

Nuclear medicine is used to help diagnose and treat millions of Canadians every year. Through exports, Canada’s nuclear healthcare innovation saves millions of lives each year in 80 different countries, with significant economic benefits. For example, more than 50 per cent of the world’s supply of cobalt-60 isotopes is produced at Canadian nuclear power plants, within a global business estimated to grow over U.S.$17.1 billion by 2023.

Canada is uniquely positioned to take a global leadership role

Canada can drive environmental, social, and economic advantage on the global nuclear stage. For many years Canada has been a leader in nuclear technology, exporting reactor systems developed in Canada as well as supplying a high proportion of the world’s medical radioisotopes. We also have the largest reserves of high-quality uranium in the world and are the second largest producer and fourth largest exporter of uranium. Canada’s nuclear industry has an impeccable safety record spanning 65 years, and we are proud to have world-class regulatory oversight.

The socio-economic cost of climate change is huge – and growing. Business and industry leaders across Canada know that this is not an issue we can pass on to our next generation leaders to resolve. We are at a pivotal moment in time. Canada needs to take decisive action to mitigate catastrophe and to avoid falling behind other countries who are accelerating their path to net zero through clean nuclear. We cannot afford to lose out on the unique advantage Canada has in nuclear innovation.

Having targets is imperative, but we need tangible plans and actions that unite the public and private sectors and acknowledge the need for the right investments, infrastructure, and regulatory oversight. Corporate Canada must work in partnership with the government to build out a concrete and ambitious plan to incent fuel-switching and to signal to the clean energy sector what’s required.

The task in front of today’s business and political leaders to fight climate change is no doubt daunting. But the opportunity to work together to build a better and more prosperous future is far greater.

John Gorman is the President and CEO of Canadian Nuclear Association, www.cna.ca.