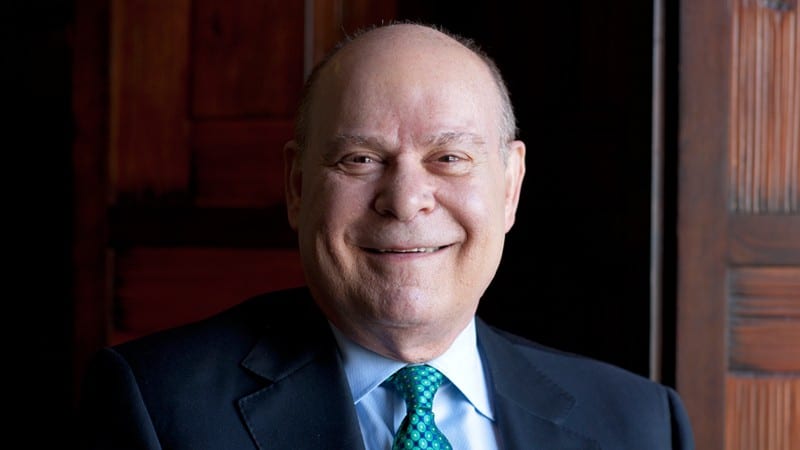 When we build infrastructure, it’s imbued with meaning beyond concrete and steel, fibre optic cable and asphalt. It’s a declaration of our values and our aspirations to improve our quality of life, boost the economy and create jobs, increase our productivity and enhance our global competitiveness.

But what we choose to build and how we build is not static. Increasingly, we understand infrastructure needs to cater to the changing needs of generations, as well as anticipate the technological leaps to come.

There is also growing acceptance that we need to build sustainably in a world increasingly dealing with dwindling resources and the impacts of a warming planet. This means thinking green when we choose building materials, reimaging brownfield sites to avoid disrupting a new natural environment and selecting more energy efficient designs and technology.

And we’re also thinking more holistically about how we build. Communities are working together to ensure, for example, transit projects address interconnections that enable individuals to take a subway, then seamlessly transfer at a multi-modal transit hub to a rapid transit bus to reach their destination.

Since the late 1990s, communities across Canada have been working hard to replace centuries-old schools and hospitals, build new highways and water and wastewater management systems, and to strengthen and diversify their electricity grids. Now, several of our biggest cities are engaged in multi-stage expansions of transit systems.

Underpinning much of this growth has been the use of public-private partnerships or P3s. The model, which brings the innovation and rigour of private sector practices to government procurement, was created to break the cycle of public infrastructure projects encountering cost overruns and delays.

Fundamental to P3s is the sharing of project risks and responsibilities between the public and private sectors based on their area of expertise under a fixed price contract with penalties applied if and when agreed upon terms and conditions are not met. The private sector is strongly motivated to deliver projects on time and on budget.

In Canada, we currently have 286 P3 projects in operation or under construction, valued at more than $139.4 billion. Independent studies have found public-private partnerships are not a magic bullet. But when used for the right projects, the results have been impressive, saving governments in Canada more than $27 billion over the years while consistently outperforming traditionally procured projects in meeting contractual obligations.

The growth in new projects has been impressive. Like most countries, however, we are still confronting a significant infrastructure gap, which the federal Advisory Council on Economic Growth estimated in 2016 varies from $150 billion to as high as $1 trillion. In Indigenous communities alone, independent research has found the gap is estimated at $25 billion to $30 billion with needs that are especially acute when it comes to water and wastewater infrastructure, housing, schooling and broadband interconnectivity.

We’re not alone. All countries are struggling to meet similar — and often much larger — gaps. In fact, according to the Global Infrastructure Hub, there will be an estimated $94 trillion in global infrastructure investment needed by 2040.

As we approach the 30-year mark for the use of P3s in Canada, the infrastructure industry is in the midst of a significant building boom. The federal government is working to deliver its more than $180-billion Investing in Canada plan, several provinces have released their largest capital budgets ever and more governments from coast to coast are choosing to use the P3 model.

However, with success also come challenges. In confronting these obstacles, how do we continue to evolve our practices to deliver the best outcomes for Canadians, while finding new ways to stretch taxpayer dollars further?

Capacity in the Sector

The ability to find enough highly skilled workers to successfully deliver projects on time and on budget is a growing concern for the sector – and for government. There are two important components to this issue.

We have an aging workforce and fewer young people pursuing careers in skilled trades. Nationally, BuildForce, which provides construction labour market information to industry, estimated in January 2020 that 22 per cent (257,100) of today’s construction workers will retire over the next decade. In Ontario, the organization estimated industry will need to hire, train, and retain almost 100,000 additional workers to keep pace with expected demand and to replace the 86,300 workers expected to retire by 2030.

In 2019, the federal government created an advisory committee to find ways to promote apprenticeships and careers in the skilled trades and is investing $40 million in Skills Canada. Several provinces have also increased funding to boost enrolments but our schools and apprenticeship programs are still struggling to meet the demand.

We have a number of significant megaprojects under construction and in the pipeline, which is stretching the capacity of industry to respond. Right now, major transit projects are underway or planned in Vancouver, Calgary, Edmonton, Toronto, Ottawa, Montreal and Québec City. There are also substantive energy projects like Site C in British Columbia, the nuclear refurbishments of Bruce Power and Darlington in Ontario, not to mention the Gordie Howe International Bridge and the navy’s upcoming Canadian Surface Combatant ship building program.

In many cases, these projects are competing for the same workers – welders, pipefitters, project managers, schedulers, ironworkers, architects and engineers. They’re also competing with the labour demands of the housing market, as well as other critical infrastructure projects in provinces, territories and municipalities across the country.

The Need for Innovation

Given the importance of infrastructure and the significant investment it demands, it’s perhaps more important than ever that we don’t become complacent or rigid in our thinking. Not when so much is riding on us building the best infrastructure we can for Canadians. We need more innovation, not less.

Companies are embracing these challenges in a variety of ways. Some are using data, connected technologies and state-of-the-art computer modelling to ensure they take the future impacts of climate change into account, while others are embracing technological advancements such as workers wearing mechanized exoskeletons to minimize strain on their bodies and increase their output. There are even entire communities being built in other countries using 3D printers!

Innovation can also come from the processes we use to procure our infrastructure. We need to explore how we can use some of the best practices from public-private partnership agreements to help governments improve their procurement processes to successfully bring projects to market.

For example, as a first step, governments need to determine what the best procurement approach is to deliver their project. This requires governments to weigh how a project is built and the long-term costs of operating and maintaining it — not just focus on the initial price tag of building the bridge, road or hospital. This type of rigorous life-cycle thinking should be applied to all major public infrastructure projects, no matter what procurement model is used.

Another innovative feature of P3s is that the model requires governments to focus their attention on the outcomes they want to achieve (a state-of-the-art hospital that serves the community for 50+ years) while challenging the private sector to use their creativity and experience to put forward their best solutions in a competitive process.

This means a team bidding for a project can recommend using more energy-efficient materials that may cost more upfront but lead to significant savings for decades to come in operations and maintenance, freeing up more money for hiring more doctors and physiotherapists. This approach encourages governments to take a whole life cycle approach to what they build, rather than just focus on the upfront capital costs.

And with a longer-term design-build-finance-operate-and-maintain agreement or DMFOM, companies are incentivized to find innovations upfront and to keep the infrastructure project in top form as contracts mandate for when it’s returned to the owner. If it’s not returned in agreed upon condition, penalties apply.

Governments are also embracing innovation. Last year, Ontario announced it was open to receiving unsolicited proposals. If companies see a need and have a solution, they can submit their idea. While new in Canada, this approach is more common in other countries and provides a framework for governments to consider infrastructure projects outside what they have planned. And if they decide to move forward, there is an open and transparent procurement process.

Innovation is also at the heart of new ways to finance projects. Transit oriented development or land value capture to help fund transit projects is one such approach. Ontario, which is also leading in this area, is building the Mimico and Woodbine GO stations completely from private funding — rather than taxpayers. This helps ensure governments and citizens share in the benefit from the increased property values and local economic spinoffs created by their public infrastructure investment such as subway and LRT stations.

It is truly an exciting – and challenging time for the world of infrastructure. What we are building today will be transformational for our communities and for Canada as a whole. Although many of the challenges seem daunting, there are solutions out there that we can consider and adapt for our unique needs.

As Canadians, we need to encourage our governments and companies to be bolder. To keep a watchful eye on the bottom line — Can we afford to build? — while also pondering the equally important question: Can we afford not to build?

Mark Romoff is the President & CEO of The Canadian Council for Public-Private Partnerships, www.pppcouncil.ca