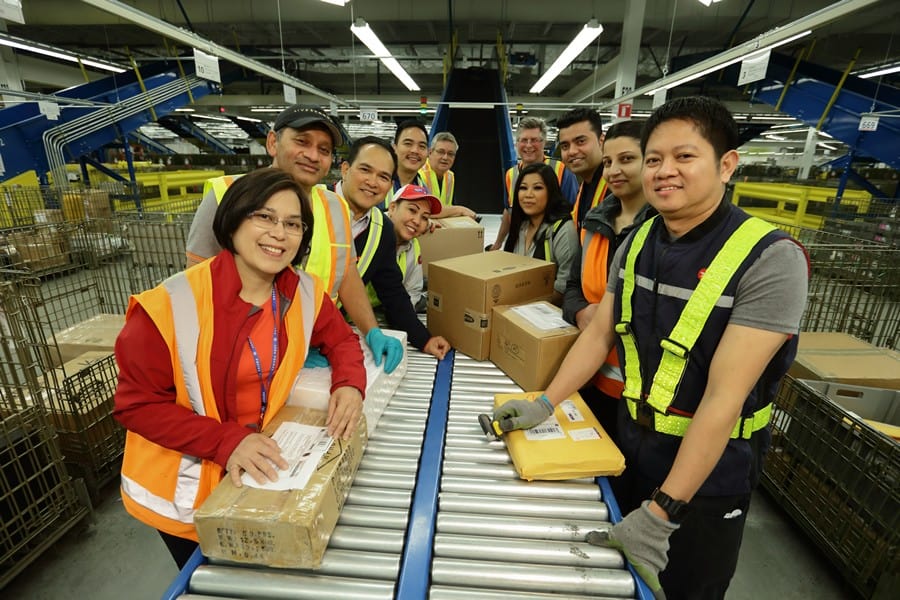 Canada Post is a government corporation and the country’s primary mail service entity. As such, its history is deeply intertwined with that of Canada itself. Though there was unofficial mail service in parts of Canada in the 17th century, it was not until the 18th century that a true official mail service was born through the British government. After Confederation, Canada established the Post Office Department—whose operating moniker would be Royal Canada Post—the ancestor to the modern-day Canada Post service. The service began to modernized more during the early 20th century, starting an air-mail route and eventually forming a contract with Trans-Canada Airlines. By 1939, Montreal and Vancouver would be connected with a daily air-mail service. Automation would also help push Canada Post into the future and increase its efficiency by the late 1950’s through the use of automatic mail sorting machines.

Canada Post only broke away from the Post Office Department and became a crown corporation in 1981 when the Canada Post Corporation Act was passed. After dealing with a series of financial setbacks as well as heavy competition from the private sector, the Canadian government decided that the postal service would be more cost-effective and efficient if it ran as an independent entity rather than as a section of the government. It was shortly after this, in the mid 1980’s, that the new corporation began to slowly introduce community mail boxes in new neighborhoods in order to reduce the costs of delivering mail door to door. This door-to-door service is expected to be phased out within the next decade, and they expect to roll out these changes in three phases, starting with suburban housing complexes. Canada Post is still legally obligated to provide mail service to all Canadians, anywhere in the country. 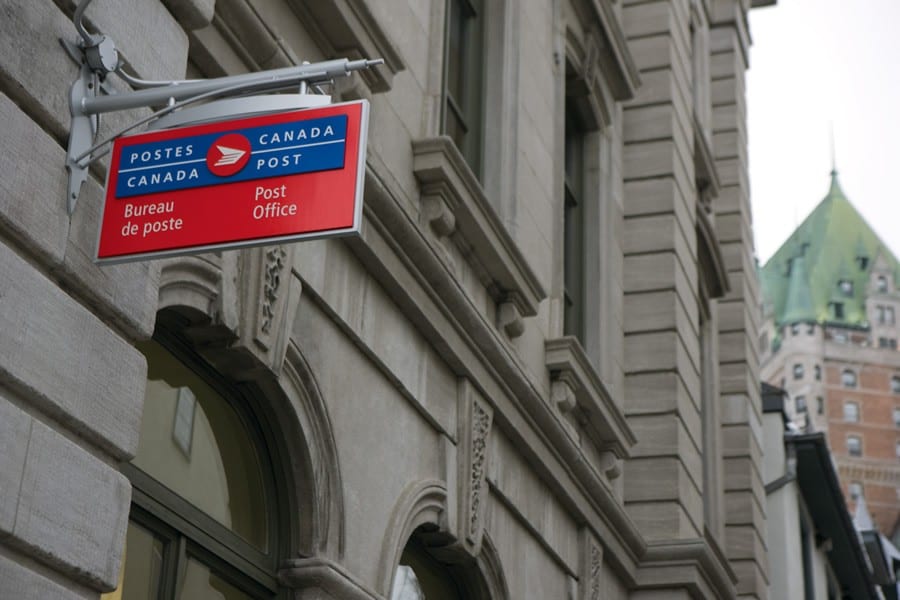 Ever since the late 1990’s and the increasing adoption of electronic mail, physical mail has become less and less relevant all over the world. Canada Post has experienced the brunt of this change, and has seen unprecedented drops in paper mail usage—and along with that, a significant drop in revenue. A change in leadership, however, appears to have begun reversing this trend, with an innovative focus on parcels and working closely with e-commerce retailers, an approach which was implemented by Canada Post’s most recent CEO, Deepak Chopra. In addition, Canada Post began to charge much more to mail letters, a move which was largely resented by the public, but which served to help stave off some of the negative cash flow that the Crown corporation was experiencing. Over the next decade, Canada Post also expects to cut thousands of jobs, mostly by failing to replace retirees as they leave the service. As things are now, there are fewer people working for the company than there are people collecting a pension, which certainly creates an unbalanced situation.

Though implementing radical changes to face a new frontier in delivery service, Chopra is extremely experienced in this sector. “I have spent […] well over 25 years in the mailing industry. I don’t really talk about other things or think about other things.” The big question is, what can Canada Post do to slide away from its past and into a bigger, more promising future?

Nowadays, Canada Post’s focus is on adapting to the massive changes that have occurred in the parcel delivery sector since the introduction of online shopping. They wish to first and foremost serve e-commerce shippers and their customers, offering reliable service at competitive rates. This transition has not necessarily been smooth all the way, however. Chopra explains: “One of the biggest challenges [that] the team was dealing with was not that they needed a multimillion-dollar project to fix this. We just had to decide that we have a sense of purpose and that we wanted to be the number one [firm] in e-commerce.” 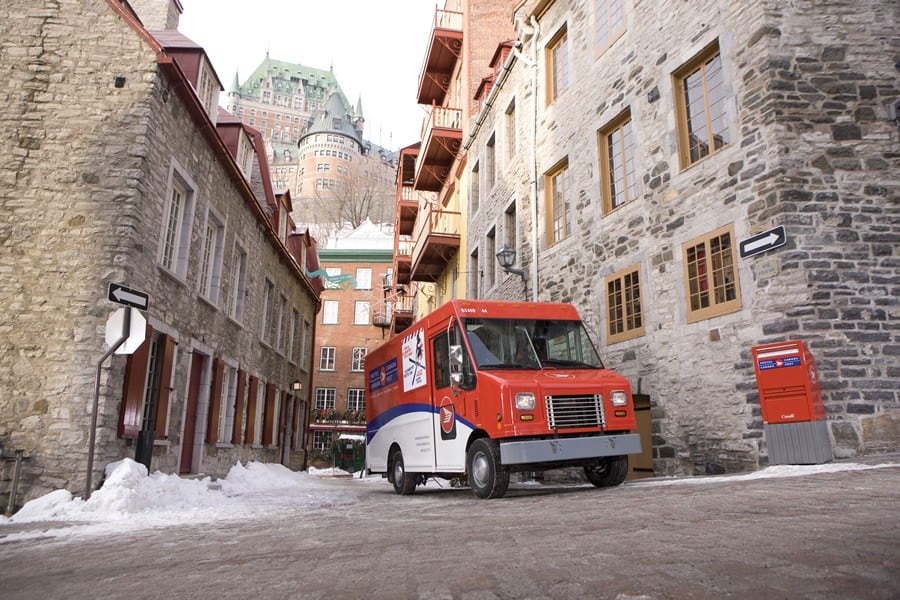 A huge technical problem was the tendency for parcels to be put on the back-burner in relation to other pieces of mail. As flats were sorted and moved, many times packages would be left behind to be delivered the next day or on the next truck, and the parcel being shipped would miss the estimated shipping window. If Canada Post was to cater to the e-commerce sector, it would have to give priority to parcels.

Under the leadership of Chopra, they turned things around fairly quickly by examining the logistical issues from the ground up. It took little more than a simple change in their communication philosophy, and their parcel delivery times improved immensely. “We did that, literally, in 90 days,” Chopra says. “A lot of the times, the challenge is [that] the sense of mission, the sense of purpose that we have at the top never makes it down to everyone. I in fact used to walk around in a depos and I would joke around and say, ‘Have you hugged a parcel today?’ People used to laugh at it, but that started the conversation about the future of parcels.” Chopra stresses that a strong connection between the leadership and the workforce is critical and that many times logistical problems originate from lack of consistent aim more than technical issues. 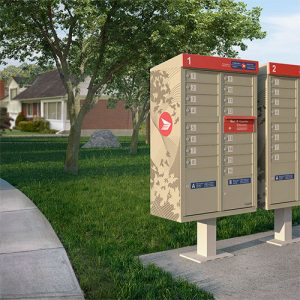 As Canada Post moves forward and modernizes, many of their former liabilities appear to have been transforming into assets. One of those former problem areas that have seen some turn-around and given Canada Post a competitive edge is their vast network of retail locations. “From the early days of working with some of the brands, who would say ‘Well, our products and our brand is too prestigious to travel on Canada Post,’ all of those brands over the last three years have come along to Canada Post because 35 to 40 percent of Canadians are not home during the daytime. And when you’re not home you have to go drive to the airport to pick up your package. But suddenly, the 6,300 retail locations […] became an asset.” Not all of Canada Post’s retail locations are actually profitable, which Chopra admits to be a problem, but the infrastructure that all these convenient locations provide has helped Canada Post become a major partner with Amazon and other e-commerce giants. “We compete in a highly, highly global marketplace against the likes of Fedex and UPS, where we have to be competitive.”

One of Canada Post’s major aims is to bring products to the masses more easily, especially to the less urbanized areas that may rely on parcel services in order to introduce better choice into the retail market. Without being able to receive parcels reliably and efficiently, consumers in those areas would be left with very limited options. “This e-commerce revolution has opened up communities that were left behind,” Chopra says. According to him, locations like Yellowknife receive high amounts of parcels via Canada Post, and the corporation has allowed residents to reap the benefits of the digital revolution just as people in more urbanized areas have. “All of that would not have been possible had we not moved the focus.” Thanks to changes in processes and expansion of Canada Post’s parcel service, the company was able to deliver 20 million packages during Christmas of 2013 and has grown from there.

That being said, Chopra insists that Canada Post is still dedicated to its work as a major mail delivery service. “Mail continues to be a three billion-dollar business for us,” he says. “It continues to be the single largest core business that funds a lot of the fixed-cost network.” In spite of recent price hikes, Canada Post has not abandoned the business that led to its rise in the first place.

What can Canada Post look forward to in the immediate future, though? Besides an increasing focus on parcel delivery and a continued compliance with the Crown corporations obligations to deliver mail, Chopra is hopeful that the industry as a whole can change for the better. “To me, the institution has incredible capacity to reinvent itself over the last 251 years. I wholeheartedly believe that institutions are bigger than individuals, and you have to draw on the strength of the institutional knowledge that allowed us to reinvent back in [the] 1800’s,” Chopra says. 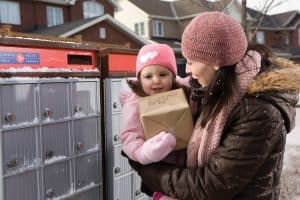 This evolution could include the adoption of new technologies, and Chopra himself seems to be eager to innovate with new mail delivery and tracking systems. “I was instantly impressed with their passion and desire to haul Canada Post into the 21st century,” Chopra said of the innovation team at Canada Post, whom he met with shortly after becoming CEO. They were responsible for the development of an iPhone app that could help track packages, and Chopra’s approval of the project has been just one of the changes that has helped Canada Post survive in the midst of a fast-changing world. The fact that the project was almost killed by the previous leadership before he became CEO made him realize something: “Inability to innovate was not the biggest threat to our future – it was a failure to recognize the need to innovate,” Chopra says.

Under Chopra’s guidance, it does indeed seem that Canada Post is beginning the recognize the need to innovate, and is finally stepping into the future.