55% of provincial healthcare budgets will be for seniors by 2030 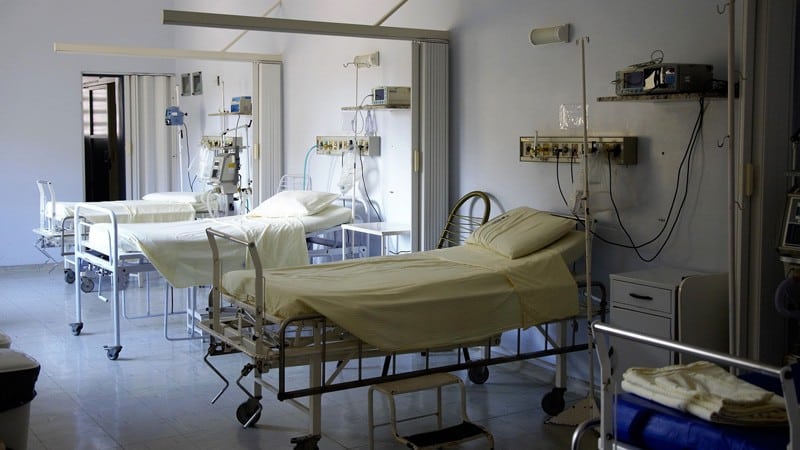 Canada’s straining health care system is dominating headlines, as provinces pit themselves against the federal government in a bid for significant funding increases combined with a call for a national strategy on health human resources.

Statisticians and policy experts have been warning us for a long time that public health care in our country would face its biggest test due to the ageing demographic. At BC Care Providers Association (BCCPA), we have also been saying the same thing, as have those who represent our country’s doctors and nurses.

Expressions of concern about this evolving crisis by premiers and federal cabinet ministers though welcome are arriving later than we had hoped.

Like thousands of Canadians do each year, I am mourning the loss of a parent. Last year my dad passed away at age 89, and our family did its best to support him through his failing health and increasing frailty — made worse by necessary COVID restrictions that made life much less fun for him. I’m grateful for the public health care he received until he finally passed peacefully in hospice.

The experience of helping my dad through his end of life prompted me to reflect on what I should expect from the health care system in my elderly years. Especially knowing that there are more of us in the baby boom generation — those of us in our sixties and beyond — than any demographic before it.

In January 2020, RBC Thought Leadership — a thinktank run by the bank’s chief economist — released a report that forecasted what it saw as the two existential threats facing Canada during this decade.

The report is titled “Navigating the 2020s: How Canada can thrive in a decade of change,” and it is a cruel coincidence that a paper as significant in its findings and recommendations would arrive just prior to the most consequential and damaging health crisis in a century. Despite COVID upending the whole healthcare system for the past 2 years the report remains relevant.

The first existential threat Canada faces according to RBC’s report is climate change, which is not often cited for its impact on the health care system. But 2021 changed those perceptions when a heat dome killed hundreds of elderly British Columbians and rampant wildfires made the air toxic and impossible to breathe. Later, floods forced the evacuation of entire communities including their elderly populations living in care homes.

So, if you want to know what climate change has to do with a health care system that supports older adults, there is no starker reminder than what we experienced last year. In our submissions to the Ministry of Finance, BCCPA has recommended that funding is available for systems that can better protect seniors against these kinds of extreme weather conditions.

On par with climate change, the RBC report says Canada’s other existential threat is our ageing demographic.

The sheer scale and size of the growth in population aged 75+ is practically breathtaking. The census results released last May made national headlines about the fact Canadians aged 85-plus are the country’s fastest growing demographic. It should be a huge wake-up call for elected leaders and the public.

Now, what is sure to follow is a significant growth in demand from older adults looking for health care services — either in the community or in a care home. The RBC report forecasts that caring for seniors will consume 55% of provincial and territorial healthcare budgets in 2030 versus 45% now.

These projections come at a time when we are already experiencing shortages — both in the number of available beds and the staff needed to deliver care. In British Columbia, a 3-year-old study put the province over 3,000 long-term care beds short of current demand. Because of higher levels of acuity, many of these seniors are left to occupy hospital beds instead of getting more suitable care in the community.

It is the future though that should alarm all of us. According to a report produced by BCCPA, over the next 20 years it is estimated that B.C. alone must build up to 45,000 net new care beds, or over 2,200 per year. To put that number into perspective, the province has tendered approximately 800 of these beds since 2017.

Furthermore, it can take up to five years before a newly approved care bed is occupied by a resident.

To staff all those beds, the report projects that we’ll need 19,000 new health workers, including 13,000 health care assistants and 4,000 nurses.

This is a looming crisis that demands a sense of urgency from government decision-makers that just isn’t there yet.

There are some hopeful signs, particularly when it comes to addressing labour shortages through increased immigration and the recognition of foreign credentials for nurses. But even with reforms like these that BCCPA has advocated for with both federal and provincial officials, it is taking too long to move forward with these changes.

Then there is the unhelpful debate about the role of the private sector in the delivery of seniors’ care. It is imperative that we acknowledge that this is not just the government’s problem to fix but society’s challenge to meet. It will take everyone whether they work for a not-for-profit, for-profit or government owned and operated organization to rise to the challenge.

So, how do we move forward? By first investing in our workforce through training and valuing their role in supporting the health care system. Workers on the front lines have been through a lot throughout the past few years, and we must support them by improving their skills, and acknowledging the needs of their physical and mental health.

Furthermore, we must embrace older adults as we have never before by flagging the ageism that often pervades policymaking. Ageism, like all forms of discrimination, is unacceptable.

Canada can overcome the existential threats brought by climate change and an ageing population, but it will take the resolve of our leaders, enterprising individuals and organizations, and everyone on the front lines of the healthcare system.

Terry Lake is the CEO of BC Care Providers Association and EngAge BC, www.bccare.ca.