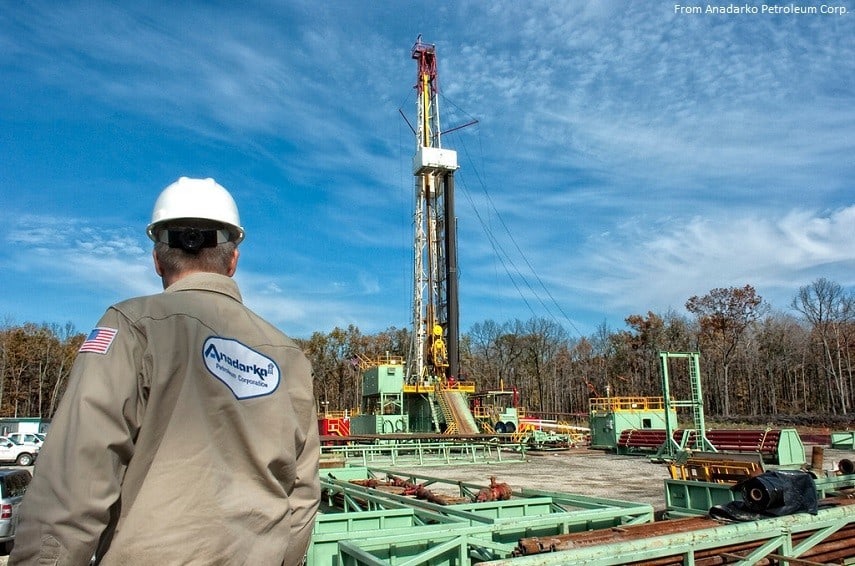 HOUSTON-Anadarko Petroleum Corporation (NYSE: APC)  announced its wholly owned subsidiary, DBM Oil Services, LLC (DBMOS), is holding a binding open season to identify interest in a new high-vapor-pressure oil-gathering and treating system serving portions of Reeves, Loving, Ward, and Winkler Counties in West Texas. The DBMOS system is expected to have a gathering capacity of approximately 400,000 barrels of oil per day (BOPD) and a treating capacity of 120,000 BOPD by the end of 2018, increasing to 180,000 BOPD in 2019 with future expansions as needed.

Subject to satisfaction of regulatory requirements and other project considerations, DBMOS expects the initial phase of the system to be operational in the second quarter of 2018.

The binding open season begins today and ends at 5 p.m. Central time on Dec. 28, 2017, unless extended pursuant to the terms of the open season notice.

Anadarko Petroleum Corporation’s mission is to deliver a competitive and sustainable rate of return to shareholders by exploring for, acquiring and developing oil and natural gas resources vital to the world’s health and welfare. As of year-end 2016, the company had approximately 1.72 billion barrels-equivalent of proved reserves, making it one of the world’s largest independent exploration and production companies. For more information about Anadarko and APC Flash Feed updates, please visit www.anadarko.com.

This news release contains forward-looking statements within the meaning of Section 27A of the Securities Act of 1933 and Section 21E of the Securities Exchange Act of 1934. Anadarko believes that its expectations are based on reasonable assumptions. No assurance, however, can be given that such expectations will prove to have been correct. A number of factors could cause actual results to differ materially from the projections, anticipated results or other expectations expressed in this news release, including Anadarko’s ability to successfully satisfy regulatory requirements, meet the project in-service dates, and achieve the capacity rates identified in this news release. See “Risk Factors” in the company’s 2016 Annual Report on Form 10-K, Quarterly Reports on Form 10-Q and other public filings and press releases. Anadarko undertakes no obligation to publicly update or revise any forward-looking statements.