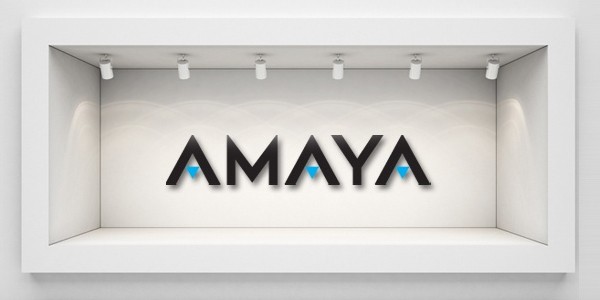 Dr. Bowskill joins the company today and will be responsible for the overall technology performance and strategy of the business. Reporting directly to Rafi Ashkenazi, Chief Executive Officer of Amaya, Dr. Bowskill will drive and execute the strategic technology vision of the business to maximize the potential of its expanding product suite and its impact on Amaya’s millions of current and future customers. Dr. Bowskill will lead a team of more than 300 technologists and developers worldwide.

“Jerry’s wealth of technical expertise and commercial experience will be a great asset for our gaming and interactive brands. I look forward to working closely with him again,” said Mr. Ashkenazi.

“I am excited to be joining such a continuously evolving consumer tech company and to help lead its growth through the efficient delivery of high quality products and services, development of innovative new products, and continued expansion of its offerings,” said Dr. Bowskill.

Immediately prior to joining Amaya, Dr. Bowskill was a technology consultant for Partis Solutions, a global leader in the provision of corporate services to the interactive gaming industry from January 2017 to June 2017. Prior to that, Dr. Bowskill was the Chief Technology Officer of TouchTunes Interactive Networks, the largest in-venue interactive music and entertainment platform, from September 2015 to November 2016. From May 2012 to September 2015, Dr. Bowskill served in a variety of roles at Scientific Games Corporation (Nasdaq: SGMS), a leading developer of technology-based products and services and associated content for worldwide gaming and lottery markets, including as its Chief Architect and as a founding stakeholder and the Chief Technology Officer of SG Interactive, the Internet product division of Scientific Games. Prior to Scientific Games, Dr. Bowskill was the Technology and Solutions Director at Playtech plc (LSE: PTEC), a leading online gaming software development company, following its acquisition of Gaming Technology Solutions in 2009, where he was a co-founder and served as the Director of Technology and Division Chief Executive Officer while the company created a leading open-platform based online gaming development ecosystem. Dr. Bowskill began his professional career as a research scientist, holding several roles within British Telecom’s advanced applications & technology research group. As a researcher, he authored over 40 academic publications and was a research associate, investigating wearable and contextual computing, at the Massachusetts Institute of Technology’s “Media Lab”. Dr. Bowskill has a BSc (Honours) degree in Microelectronics and Information Processing and a Ph.D in image processing, each from the University of Brighton in the United Kingdom.

Dr. Bowskill is the most recent addition to a strong management team that has been bolstered over the last year with the appointment of Mr. Ashkenazi as Chief Executive Officer, the hiring of Brian Kyle as Chief Financial Officer, Robin Chhabra as Corporate Development Officer, Bo Wänghammar as Managing Director of PokerStars Casino, and Zeno Ossko as Managing Director of BetStars, and the promotion of Guy Templer as Chief Operating Officer of Amaya’s brands.