Changing business in a changing world 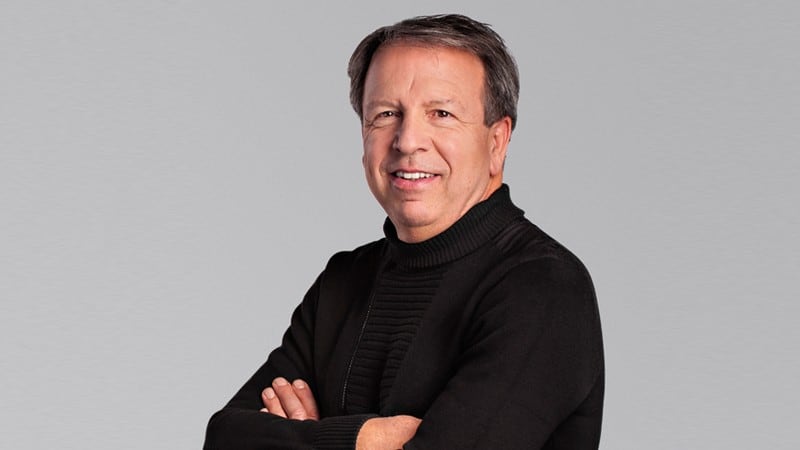 The Aluminium Association of Canada (AAC) is a non-profit organization representing three Canadian world-class aluminium producers: Alcoa, Alouette, and Rio Tinto operating nine smelters in Canada, eight of which are in Quebec, and employing over 9,000 workers.

Aluminum is a metal of the future, with a forecasted demand growth of 4% a year as far as we can see. Through the required light weighting of vehicles as we move forward towards e-mobility, its contribution to more energy efficient and aesthetically designed buildings, as well as safe food and drugs packaging, aluminium will remain a household component for decades to come.

With this glowing future, one wonders what stands in our way as the world’s 3rd largest producing country.

Canada’s aluminium industry has been threading through troubled waters for a while. The price of the metal never recovered from its 2008 downfall, going from $3,000/ton to $1,200, and remains to this day at 1990 levels with 2019 costs…

All around us the world has changed at a fast pace, with China producing more than half of the world’s metal, and the Middle East surpassing Canada as a region, while Russia remains the world’s second producer.

The good news is demand growth has been and will remain at a constant 4% a year, following the planet’s needs for urbanization, infrastructure modernization and light weighting of transportation vehicles.

While competing against Asian and Middle-Eastern giants, our domestic producers have been able to remain competitive, thanks to operational efficiency, billions of dollars of re-investments in plant modernization and to the continued availability of renewable hydroelectricity, the key element to our responsibly produced low-carbon aluminium.

The planet’s challenge is the industry’s opportunity

The challenge to decarbonize the planet is an opportunity for Canada’s aluminium. At 2 ton CO2 per ton of metal, our aluminium has the lowest carbon footprint in the world, and our high purity and value-added products have a place of their own on key markets such as the U.S. and Europe. Our world-class plants are amongst the early adopters of the recently created Aluminium Stewardship Initiative (ASI), the first international third-party certification for responsibly produced aluminium. The ASI certification will be pushing the industry towards improving its environmental and social footprint through assurance and certification system. Growing market pull for traceable, responsibly produced metals including aluminium will also be beneficial to Canada’s producers.

Our southern neighbor’s recent tariff policy has sent shockwaves throughout our North American value chain, disrupting a well-established totally integrated market. Although the tariffs have been called off, thanks to minister Freeland’s never-ending commitment, their disruptive effects and continuing trade war with China directly impact our markets. For an industry that moves $7 billion worth of value-added products across the border to build cars, trucks, airplanes, construction and consumer goods, jeopardizing market-based trade flows leaves a long lasting scar.

Back to the new normal?

Not really. Even if Canada has regained free access to its historical neighbouring market, the pressure remains high on foreign metal to find its way either through Canada or Mexico, in order to reach its final end-market destination, the United States. Although from a pure market play point of view there is no problem with this, the conditions set in the May 17th Joint Statement mention that the two countries will monitor metal flows in order to avoid situations of transshipment or surge. These situations arise when a third country is used to circumvent trade barriers in another country, by slightly processing a product in order to take the local colour of the pass-through country. In this case both Canada and Mexico must exert vigilance in order to detect and stop any such situation before it qualifies for either concept.

Luckily, in the aftermath of the Joint Statement, Canada rapidly initiated a consultation process in order to modernize its trade remedy system, and capacity to process dumping cases, as well as improving the existing monitoring system for steel while adding aluminium to the Import Control List. This last measure now enabling Canadian authorities to detect early on, through the required granular information obtained by the Canadian Border Services Agency, anomalies in imports, as well as misclassified products entering the country. Canada has put in place a very robust monitoring system for imports, which hopefully will be replicated by our American and Mexican counterparts.

Our market is the world, our competition is global, and our constraints are local

We now live in a bi-polar world where China produces more than half of the world’s aluminium through mostly coal-based energy, with the rest concentrated mainly in Russia, Canada, the Middle East, and India respectively.

Through a series of free-trade agreements, including NAFTA, CETA and TCPP, Canada now has free access to 1.5 billion consumers. While we are not alone vying those markets, we should be able to grow our share.

With its 100% clean renewable hydro-based production, Canada stands in a class of its own with Russia, Norway and Iceland.

But the conditions required to invest are not met at this point in time.

The market price has been at a low for many years now, and cannot support investments in the billions as requires a smelter expansion unless it is done at a competitive cost. At three times the cost of a plant in Asia, this is a show-stopper to building an expansion in Canada. We also lack enabling fiscal policies for capital expenditures and a totally transformed business model for large industrial projects. We are far from the start line. Meanwhile, China keeps increasing capacity and so does the Middle East. There is also a tendency to over regulate industrial capacity even if you are best of class worldwide.

China’s aluminium industry counting more than 100 plants has produced over the past 25 years more than 260 million tons of metal, while North America over the last 100 years produced close to 230 million tons…

We have lost the war on volumes, needless to say…

The years to come will see a Canadian industry focusing on value-added products for high-end markets, leaping into the future with added automation, robotization and Big Data in order to ensure it remains amongst the most efficient producers in the world.

We will also be developing and pioneering Elysis, the game-changing technology taking us from low carbon to no carbon aluminium, simply emitting oxygen through the process. Grounded here in Canada in the Saguenay area, thanks to a partnership between Alcoa, Rio Tinto and Apple, and the financial support of both the Canadian and Quebec governments, this breakthrough technology will change the way we’ve been producing aluminium for the past 100 years. It will take 6 million tons of CO2 emissions out of Canada’s yearly output, and contribute to decarbonize the planet through exports of the technology in other parts of the world.

We will remain at the edge, carving the future as we go, and ensuring that clean and responsibly produced aluminium is part of Canada’s contribution to a more sustainable planet for future generations.

Jean Simard is the President and CEO of the Aluminium Association of Canada, www.aluminium.ca.