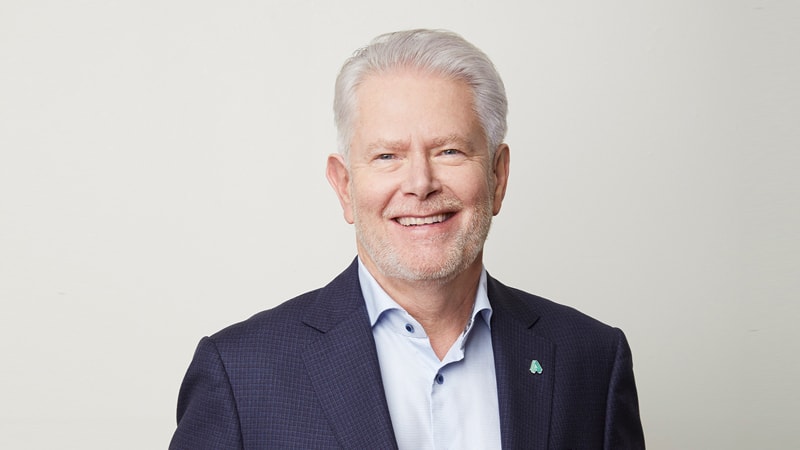 Altasciences CEO Chris Perkin has over 50 years of experience in the CRO industry, having started his career as a toxicologist for a preclinical CRO in England and worked his way up the ranks. Since Chris took on the leadership of Altasciences in 2010, he and his team have transformed the company from a CRO that supported only generic drug development to an integrated solution that supports novel drug development for small and large biopharmaceutical companies. For his leadership at Altasciences, he was named ‘One of the 100 Most Inspiring Leaders in the Life Science Industry’ by PharmaVOICE magazine for four consecutive years, and was made a Red Jacket honoree in 2019. Chris spoke with us recently about the origins of the company, the shift in dynamics in the pharmaceutical industry due to the so-called ‘patent cliff’, and the integration model at the heart of Altasciences’ DNA.

“Altasciences actually started off as a different company,” Chris explains, “Algorithme Pharma was a fairly small clinic and laboratory focused entirely on generic drugs. When I joined in 2010, it was facing significant price competition out of India, and we started transforming the company by repositioning it as an innovator drug testing clinic.”

This transformation led to the company’s first acquisition in 2013, an innovator drug clinic in Kansas. This was the start of the development of the idea behind Altasciences – a full-service, integrated, early phase CRO.

“In 2017, we had new owners, and under them we added a preclinical CRO, which was a key piece in that plan, and a CDMO, which was also a differentiator. Then in 2021 we had another set of new owners, and they acquired Altasciences on the basis of showing that our plan was viable, and we have added two more preclinical facilities and a clinic in Los Angeles.”

At the same time, the company made a number of organic changes, such as building large and small molecule bioanalysis laboratory capabilities, and adding Program Management services to help provide the integrated comprehensive early drug solution that had been envisaged.

“We also implemented cross-selling, rethought the org chart to ensure our vision of integration was mirrored by the reporting and the responsibilities at the senior level. Then in 2019 we changed to the Altasciences name, and positioned ourselves as a solution provider for early-stage drug development.”

Chris’ journey to the top of the company has been a long one. Forty-seven years ago, he began working with Huntingdon Life Sciences in England as a toxicologist. He stayed in the field of preclinical testing until 2010, in both CROs and the pharmaceutical industry, where he had been moving up the seniority ladder since arriving in Canada in 1988.

“When the Montreal CRO where I was working was acquired by Charles River Laboratories in 2004, for the next six years I managed all their North American facilities, and we built one in China.”

Working his way up the ranks in this way helped Chris develop a management style that prioritizes collaboration and trust in working relationships. He is a true believer in the power of communication, a founding principle on which Altasciences was built.

The CRO industry replaces internal capacity in both large and small pharmaceutical and biopharma companies, providing in-depth services which are expensive to build and staff, helping drugs through the research phases and regulated requirements for any country, which are very stringent, and finally bringing it to market.

“Our goal is to become the solution for outsourced, early-phase drug development, from the time that the lead candidate is identified, through to the studies which show it actually works in a small group of patients. We’ve put together the pieces that are traditionally offered by separate CROs. Nobody else to date has done that in an integrated fashion.”

Whether it is one study or a whole program, Altasciences aims to provide a simple, integrated, outsourcing solution with a focus on customer service, that removes the need for multiple service providers during the early stages of drug development.

Part of the original idea that the company started putting together in 2013 was to approach early drug development in the way the client approaches it, rather than in the way that a provider would normally approach it.

“It’s assigning a single program manager to a client, to manage their whole program for them across Altasciences, centralized scheduling tools that actively manage multiple studies, no matter in which facility or which discipline or capability is involved.”

One of the major issues identified by clients was that they had to provide information too many times across the different areas of the business. With communication as a founding principle, Altasciences built a tool to ensure that the client only has to share key information once.

“It doesn’t matter how many studies they are doing, or how many facilities or departments are involved, we actively cross-sell our services to become more of a problem-solving solution. By putting together the whole early development process, we can actually reduce early development time by up to 40%, and reduce costs by performing all those services in a single, integrated CRO.”

Integrating all these pieces has been built into the company from day one, a core requirement of the business model. Chris doesn’t believe in retrofitting integration – it must be a part of the DNA and culture of a company in order for it to be successful.

“Before we even started implementing this idea, we did a lot of road testing. We talked to a lot of clients and marketing firms, we had surveys done. There was a lot of interest, but a lot of skepticism. When you offer something unique in an industry not really known for its innovation and out-of-the-box thinking, you get a lot of questions, which result in hesitancy.”

The real turning point for the company came with the onset of the COVID-19 pandemic. All of a sudden travel was next to impossible, with a huge number of issues stemming from the fact that supply chains stretched across continents.

“A single CRO solution became much more attractive. We’ve seen and continue to see a significant increase in clients interested in using the multiple capabilities and with everything that integration means, particularly in those small to mid-size biopharmas.”

The pharmaceutical industry is now increasingly reliant on small to mid-size biopharma for early-stage development, following the reorganization after the ‘patent cliff’ that started in 2010 – a sharp decline in revenue or profitability after a patent’s expiry, opening companies up to competition.

“Big pharma realized that shots-on-goal wasn’t working, and just acquiring the small start-up biotechs wasn’t a sustainable solution. They now tend to leave them to do that early development, take it to proof of concept, and then they will step in for the later stages of development. And it’s working very well, it’s a very synergistic relationship.”

In addition, new drugs are getting more complex to evaluate, with new molecules, indications and mechanisms. This makes it more difficult for the larger clinical CROs to maintain the infrastructure needed to assess tolerance and safety, key for early stage development.

“We’ve got very active owners, who are very supportive of this model, and quite excited by it actually,” Chris says. “So, we have a growth plan: keep building the capabilities – both by acquisitions and organically – and the capacity to enhance that integrated full-service early drug development model.”

This will involve adding more capabilities and, crucially, more geographical reach. There are already plans to move into Europe, with active pursuit for geographical growth currently in progress.

“We will continue to focus on that lead candidate selection to proof of concept area of development. Everything that we add will plug on to that. Every client that comes to Altasciences is potentially a client for every one of our services, whether they are using them or not.”

“Over the years we have developed a very elegant integration process, that identifies and realizes true synergies really quickly by establishing cross-functional teams from day one, for each department to evaluate and adopt best practices.”

Many of the tools that have become key to this model have come from companies that have been added to Altasciences. These synergies have never been about cost-cutting and headcount reductions, rather helping develop and grow the model.

“For over 30 years now, I could never understand the logic behind early drug development being so siloed,” Chris concludes. “As far as a drug is concerned, it’s a single pathway from lead candidate selection to clinical proof of concept.”

After the emergence of the patent cliff and the re-evaluation of the role big pharma would play in drug development, there became a significant gap in the market, exacerbated by the larger CROs getting even larger, decimating the mid-level CRO tier that traditionally serviced small to mid-sized biopharma.

“I, and a number of other senior operations, scientific, and business development staff, decided it was our opportunity. The unique mix and range of CRO experience in our management team has made it not only possible, but it’s created a significant barrier to entry, and that’s really allowed us to grow significantly to date and will enable us to continue to do so in the future.”

Having expanded from one clinical site to eight locations across North America, and offering preclinical, clinical, bioanalytical, formulation, and drug manufacturing services in one integrated model, the future looks bright for Altasciences. Find out more about Altasciences by visiting www.altasciences.com. 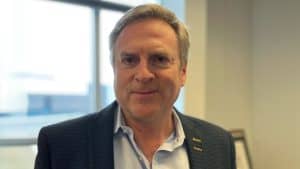 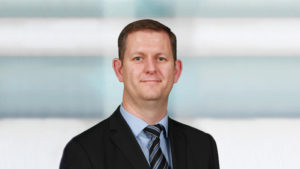