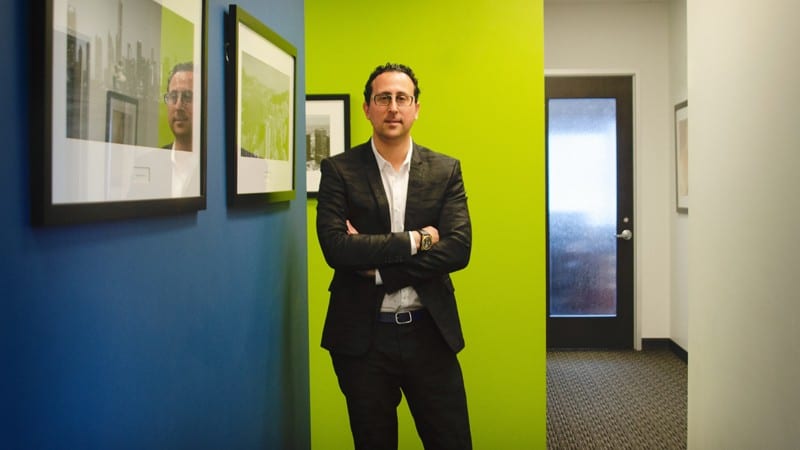 Founding broker Roy Almog started in the real estate business in 2007, having spent tens of thousands of dollars in realtor commissions before recognizing that there was a gap in the market for a full-service real estate brokerage that would offer multiple listing service (MLS) exposure without high-priced commissions. He quickly became licensed and started two firms, 2 Percent Realty and 3 Percent Realty, which now boast 35 locations across Canada, Australia and New Zealand between them, with a move into the US market on the horizon. Mr Almog spoke to The Canadian Business Quarterly recently about the beginnings of the company, the benefits of low-commission real estate services, and the franchise model that enables quick and easy expansion into new markets.

“I started the company about twelve years ago,” Mr Almog explains. “It came out of personal need I had in the market, and frustration with the options that were out there. I was trying to sell a property and we [experienced] the two extremes in our market.”

The two options Mr Almog faced were either a ‘for sale by owner’ model, where the owner pays a small amount to be advertised on a website and handles the sale directly, or traditional real estate models which demanded significantly higher commission.

“I just didn’t feel there was a value for the service, for the money that was being paid. At the time I wasn’t licensed, I was working in telecom, I had no real estate experience, but I knew there had to be a better way. I started researching, couldn’t find what I was looking for, and decided to do it myself.”

After deciding that this was the path he wanted to go down, Mr Almog went to real estate school and got licensed. After that he started his business, consisting of two companies, 2 Percent Realty and 3 Percent Realty.

“The big difference [between the companies] is just the market that they serve. We have them split between eastern Canada and western Canada, so the two brands don’t live in the same market. It’s segregated by province, and it’s primarily to do with the average price points in certain markets.”

This understanding of different markets means the individual offices know exactly how much they have to generate per transaction, allowing the company to maximize its profits in any market it moves into.

There is no set standard in terms of real estate commission. Realtors, as independent contractors, are free to charge whatever they want. However, the markets served by 2 Percent Realty and 3 Percent Realty tend to be around similar levels.

“A lot of cases we come across where the commission being charged is between 4, 5 or 6 percent, depending on the market, and we’re at 2 or 3 percent. So it ends up being about half of what some of the other rates are.”

The Canadian Real Estate Association (CREA) has clear guidelines surrounding the lack of a standard rate of commission, although there is a lot of repetition in the market. In reality, the level of commission charged often has little bearing on the quality of service given.

“We only have the one MLS system, where 99% of the properties end up posted to realtor.ca. All the listings once they get onto that site looking identical – doesn’t matter how much commission you pay, doesn’t matter which brand you’re with. The rate of commission doesn’t necessarily mean you get a fancier posting on MLS. The exposure’s identical.”

This means that 2 Percent Realty and 3 Percent Realty offer the same services as realtors charging higher commission – from open houses to coordinating showings and completing all necessary paperwork. The company is involved in every step of the selling process.

“The big growth spurt we’ve seen is through franchising,” Mr Almog explains. “So our model is doing extremely well in the local markets that we’re operating in, and to grow it bigger and faster, franchising was definitely the way to go.”

The company has been able to grow very quickly by embracing this model, and is now serving clients across the whole of Canada. Consumers are drawn to the company by the significant savings this model offers.

“We’re finding a lot of people still wanting a realtor involved in their transaction. It’s not that they don’t see the value in having a realtor on their side, but the price that they pay that agent is the part they have issue with, and that’s the kind of niche that we fill.”

“Like any other industry, you will have people who are going over and above, and others that are doing the bare minimum. The costs that go into every transaction on our side are not astronomical – we don’t do the bus benches, and the billboards, and TV spots during the Super Bowl. It’s all online, our marketing is very strategic, it’s very focused.”

The benefit of this kind of focused online marketing is that it can be targeted to a specific audience, allowing the company to pinpoint geographically down to a single neighborhood or even a certain type of individual.

“Online has really been a gamechanger for us. About 80% of our clientele tend to be first or second time buyers or sellers, so a bit of a younger demographic – between 28-44 [years old]. We find that’s a very active demographic.”

It’s not unusual for people of this age category to transact multiple times in a matter of a few years, as their needs and lifestyles tend to change rapidly. Especially as relationships and families grow, moving to new properties can happen fairly regularly.

Outside of realtor commissions, there are several other fees that need to be taken into consideration each time someone is buying or selling a house. The majority of the bigger charges are to do with closing costs.

“In most cases you’ll have a lawyer at the end of the transaction, that will discharge title and transfer the money. That’s not a huge cost, usually that’s around 1,200 -1,500 dollars. And then some sellers are charged an early cancellation fee from their lender or bank. Those fees we’ve had clients quoted in tens of thousands of dollars, depending on [their mortgage].”

With over thirty franchises across Canada, the company has a presence in every one of the nation’s provinces and territories, and is therefore well placed to reflect on the different issues in the real estate industry across Canada.

“The real frustration is that every province has its own local real estate council, jurisdiction or commission office, and they all do things differently, they all have rules to follow and different nuances that go province to province, or market to market.”

This means that each time the company deploys in a new market, there are potentially new issues to face and new nuances to understand in local legislation. This usually makes the process more long-winded than it needs to be, and can cause frustration.

With such a difference in how each province expects real estate business to be conducted, there are inevitably some provinces that are more hassle-free for companies like 2 Percent Realty to set up in, just as there as some that will prove more difficult.

“Alberta’s fairly easy, it’s probably the easiest one. This is where we’re headquartered, home office is here in Alberta. Other provinces, it’s not that it’s difficult, it’s just different, so you’re having to figure out the ins and outs of every piece of paper.”

The company’s franchisees are a mix of those familiar with the real estate environment and those that aren’t. Mr Almog admits that it isn’t necessarily those with a background in real estate who are able to have the most success in franchising, as the franchises are designed to provide everything a new business owner needs.

“We’re finding that the strength of any franchise is in its systems, in its processes. We know what works, we know what doesn’t work – we’ve been doing trials and errors for the last twelve years trying to perfect our systems and models, and we’ve now got it to a point where we can deploy offices [anywhere].”

The company recently deployed an office in New Zealand, at the start of 2019. With the press of a button, everything went live without a hitch. The new business owner was given everything they needed on activation of the website.

“That’s the beauty of our franchise, what we’re able to offer these people – you don’t have to just do it on your own. We’ve got a support team, we’ve got everything in place to make sure that anyone, at any level of real estate knowledge, can do extremely well.”

This means the company is perfectly placed to expand further, and the next move is to take its franchises into the United States. With such a global outlook, the company is always keeping an eye on any issues that might affect moves into other markets.

“Governments will sometimes impose foreign buyers tax, which we noticed was the case in B.C. and Ontario, the government was trying to cool down the markets. If you’re not a local resident, or a local Canadian citizen, you were hit with all sorts of additional fees and charges for transacting in real estate.”

These kinds of issues come in waves, with both positive and negative changes being made regularly. Mr Almog admits that the company’s model tends to work well in both good and bad times, meaning they are always able to continue expanding.

“When times are good, markets are hot, people know their property’s going to sell in a matter of hours or days. [They] don’t need to pay somebody $88k to do it. They call us and we help with the transaction and business is done, everybody’s happy.”

“On the flipside, when markets are down and sluggish, they’re trying to get out for the cheapest way possible, without losing a ton of equity or having to subsidize out of pocket to cover any shortfalls – we’re their way out again. So we’re not 100% recession proof, but it’s pretty balanced in the sense that in good times or bad, our business model seems to excel.”

Find out more about 2% Realty by visiting www.2percentrealty.ca.